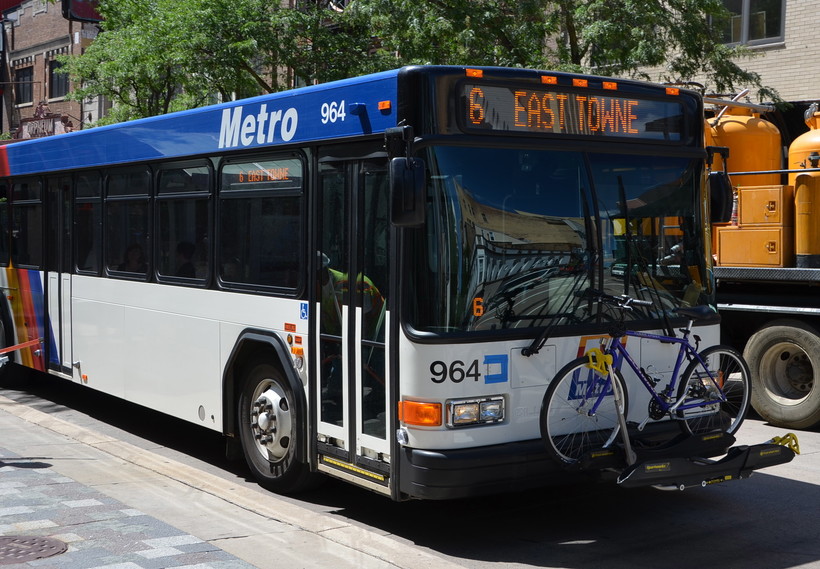 Transit Managers: Budget Does Not Meet Our Needs

Public transit managers in Wisconsin were not keen on the last budget and so far they don't like this one. They are hoping lawmakers make changes to Governor Scott Walker's proposed spending plan.

Urban bus systems and providers of shared taxi rides in rural areas are lobbying lawmakers to restore transit funding. Public transit was cut 10 percent in the previous budget and is frozen in the governor's current spending proposal.

Alan Simonis is union president for Amalgamated Transit. He says the governor's promise to create jobs will be thwarted if the state does not have adequate public transportation: "You can create all the jobs you want, but if people can't get to them, how will this help the economy?"

Public transit needs are growing, in part, says Greg Seubert, because of a growing elderly population and young professionals who are relying less on cars to get around. Seubert is transit director for the city of Wausau and president of the Wisconsin Urban and Rural Transit Association.

He says communities are struggling to maintain transit services by hiking fares and reducing routes: "Mobility options in our communities are now more limited and less affordable for those who need them. As we move forward, our principle goal is to achieve funding stability."

The coalition of public transit groups says the governor's budget threatens that stability in two ways: by not increasing state funding, and by moving the money into the state's general fund. That, they fear, would open it to be used for other purposes.