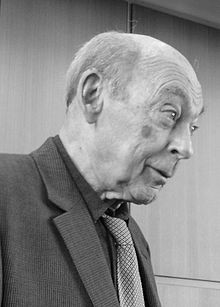 The burgeoning career of teenaged cellist Janos Starker had come to a rough halt when World War II broke out in Europe. As German and Russian troops vied for control of Budapest and American planes laid down a carpet of bombs, Starker’s music had lost priority to a fight for survival.

In November 1945, a few months after the end of the war, when Starker was in Bucharest to perform, he was invited to visit composer Georges Enesco.

Starker had never met Enesco, but he had heard Romanian musicians praising his violin virtuosity with something akin to reverence. The venerable composer lived in a grand house in the city. Bent and soft-spoken, he welcomed Starker into his studio, and after a few questions about Starker and his life, suggested that they play some Brahms together. The celebrated violinist brought out the score of the E minor cello sonata and sat at the piano, and they played through it.

When they had finished, Enesco said, “I still remember hearing Brahms playing it.” Then, without music, he began the F major sonata and Starker joined in. At the end of the performance, Enesco remarked that he had played it with Pablo Casals twenty years ago. “His playing was stunning,” Enesco said. He invited Starker to come back the next day, when he’d be playing three Beethoven violin sonatas with some friends.

Starker joined about a dozen elegantly-dressed guests for the occasion. After tuning, Enesco and his pianist began to play Beethoven’s Spring Sonata. Starker was shocked. As Enesco scratched and sawed, out of tune, the young cellist gritted his teeth and tried to put his mind somewhere else.

Then, suddenly, as if some kind of inner conflict had ended, Enesco began playing like someone else entirely, a master with a beautiful tone and exquisite phrasing.

In his memoirs, Starker wrote, “It was probably the only time in my life that listening to music has brought tears to my eyes.”