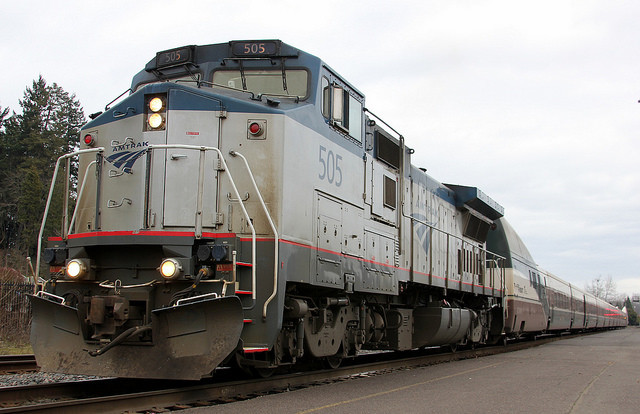 Talgo manufactured the trains that run on Amtrak's Cascades route in the Pacific Northwest.

Train Manufacturer To Get $10M From Wisconsin In Settlement

The state of Wisconsin and train manufacturer Talgo reached a settlement Thursday in a three-year dispute over trains that the state ordered under Gov. Jim Doyle's administration.

Talgo filed a lawsuit in 2012 after the state cancelled its order for the two passenger trains. Under the agreement, the state will pay nearly $10 million to cover the final costs for the trains, which Talgo will keep.

Susan Crawford is one of company's attorneys. She said Talgo is glad the litigation is over, but added that it comes at a big price for Wisconsin taxpayers.

"The state will not benefit from having these state-of-the-art trains in service between Milwaukee and Chicago for the large ridership that uses those trains. And the taxpayers for the state are paying the bill and not getting anything for it," she said.

Former Gov. Jim Doyle signed the contract for the trains in 2009. Gov. Scott Walker, who denounced the train project during his gubernatorial campaign, cancelled that order once in office.