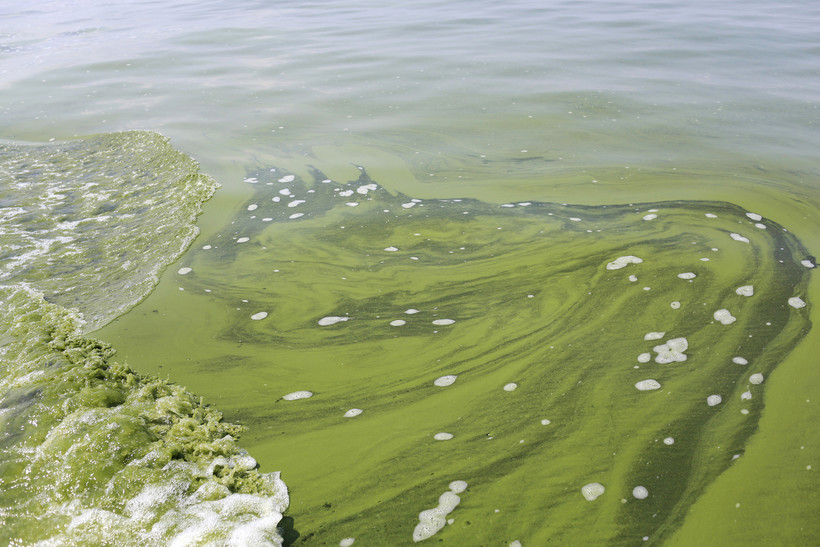 While bacteria-laden blue-green algae blooms are common on Wisconsin’s lakes, they're arriving a bit early this year, just in time for the July 4 holiday.

"Normally, we would expect to see blooms starting later in July and persisting through September or October sometimes," said Gina LaLiberte, the state Department of Natural Resources' statewide algae coordinator.

She said that this season’s warm weather is responsible for the early blooms, which can induce skin rashes, diarrhea and flu-like symptoms.

"If you have got really warm weather and really calm weather that is going to allow planktonic blue-green algae to rise to the surface of the lakes and form accumulations of scum," she said.

With strong winds, LaLiberte said the blooms can move across a lake’s surface sort of like an ice berg, but they tend to stay toward shorelines.

LaLiberte added that some dangers might not be as obvious as others. Some blooms present with large, "lilly pad"-sized outbreaks, and others with a "scum-like" surface on the water.

Several swimming beaches in the Madison area have been closed and reports of algal blooms have been issued on Wisconsin’s largest inland lake, Winnebago, for the Independence Day holiday.

LaLiberte said if adults wade into certain waters and cannot see their feet in knee-deep water that means trouble.

"There is enough organic material and possibly blue-green algae in the water where they really want to avoid putting their head under the surface of the water," she said, adding that children and animals are especially susceptible to potential harm. "Those are conditions where you really want to keep little kids and dogs out of the water."

If someone encounters an algae bloom, LaLiberte said they should shower after potential contact. It can cause harm even if a person or pet doesn't become submerged or ingests contaminated water.

"If, in the case of people, they are inhaling water droplets whey they are, say, water skiing or tubing across a bloom, those toxins can cause illness," she said.