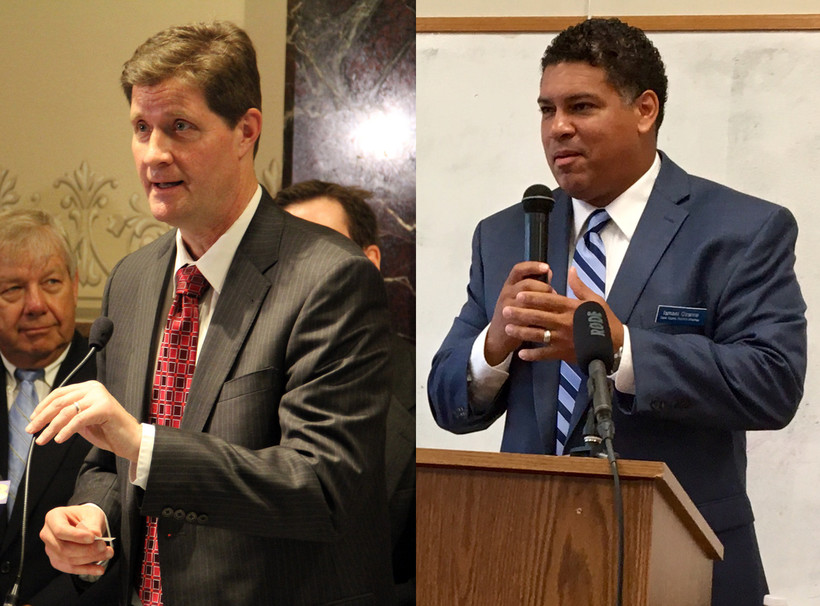 Top Prosecutors In Milwaukee, Madison Fight To Keep Their Jobs

The district attorneys from Wisconsin’s two largest counties have a lot in common this year. Both are pursuing an appeal to the U.S. Supreme Court for a John Doe investigation involving Gov. Scott Walker’s campaign and both are facing tough Democratic primary challenges.

Chisholm gained national attention for leading two John Doe probes into friends and political colleagues of Walker, as well as the governor himself. The Wisconsin Supreme Court halted the second investigation, which was examining allegations of illegal campaign finance coordination.

Swanigan argues that, from what she can tell, Chisholm took the second John Doe too far.

But Chisholm rejected the claim that the probe was excessive.

"My position has always been at the end of the day, citizens are best served by a government that isn't influenced by disguised, hidden, large amounts of money that come from unknown sources, but very wealthy sources," Chisholm said. "That's introduced something into politics that's very harmful."

A conservative group that was targeted in the second John Doe investigation is spending money on ads attacking Chisholm. But Swanigan said she didn't know of the group's leader, Eric O'Keefe, until recently. As a self-proclaimed conservative Democrat, Swanigan contends she'd be tougher on crime than the incumbent district attorney.

Ozanne was the first African-American district attorney in Wisconsin's history when he was appointed to the position by then-Gov. Jim Doyle in 2010. Ozanne ran unopposed and earned a full, four-year term in 2012.

Jambois’ bid to unseat his current boss is centered upon allegations that Ozanne is often out of the office and rarely in the courtroom, leading to low office morale and disorganization.

"The Dane County District Attorney's Office was demoralized, it was dysfunctional, and it was disorganized," Jambois said of his first impressions of the office, speaking at a candidate forum in Madison on Tuesday. He took on his current role as assistant district attorney in 2015.

Jambois also points to a number of attorneys leaving the office as proof of that dysfunction. More than a dozen have left the office over the past two years.

Ozanne pushes back, saying those departures are due to poor funding levels.

Aside from their conflict over office management, the candidates largely agree on policy issues. They both support expanding restorative justice programs and providing more early intervention services to children living in poverty.

There is no Republican candidate in the race, so whoever wins the Democratic primary will serve a four-year term as Dane County district attorney.