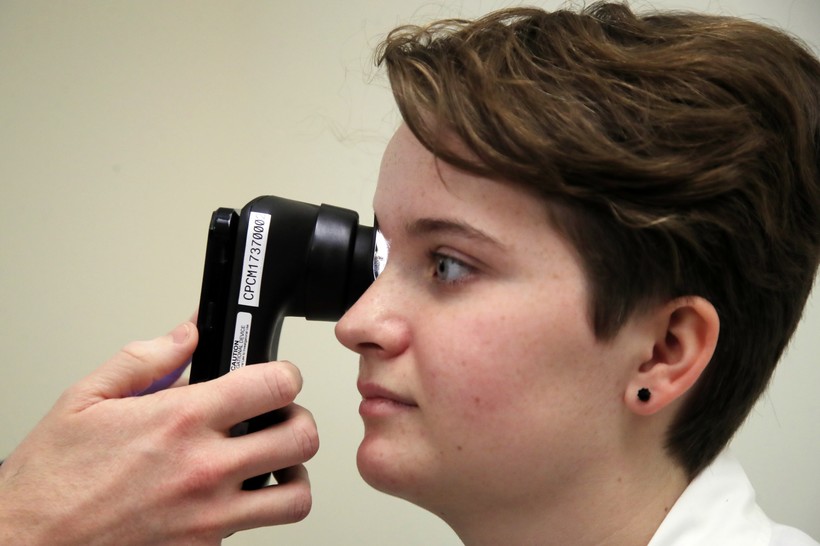 Tool For Measuring Pain Focuses On The Pupil

Method Could Be Used In Clinical Settings To Objectively Rate Pain
By Elizabeth Dohms
Share:

The eyes might be the window to the soul, but it turns out your pupils are a peek into your pain centers.

That’s eye-opening for pain management practices that currently rely heavily on subjective measures like 1 to 10 scales and descriptors such as stabbing, throbbing or dull.

Dr. Julie Finkel, an anesthesiologist and pain specialist who is affiliated with the Children's National Medical Center in Washington, D.C., is working to develop a tool, AlgometRx, that can measure changes in the pupil.

"We do the analyses and we’re able to come up with a reflection of what kind of pain, the intensity of that sensitivity and also the drug effect," she said of the device.

It works by measuring changes in the pupil that are triggered by a nerve signal traveling along a pathway to both the pupil and the pain centers of the brain.

Finkel said this base technology, from which different applications can be built, is about a year away from commercialization.

"If a patient says they are in pain, we take them at their word," she said. "What we need to do though is to define what’s causing the pain and what various elements are really feeding into that perception and then we can better address the issue."

She said the tool is actually measuring nociception, which is a sensation that’s carried by the pain nerves that respond to drugs such as opioids and other pain medicine.

"Without an objective measure of pain, it’s really difficult to treat it," she said. "It’s considered the holy grail of pain medicine."

Finkel said that pain in general is the driver of the opioid crisis. In 2016, 827 deaths in Wisconsin were from prescription painkillers, heroin and synthetic opioids like fentanyl, according to the Wisconsin Department of Health Services.

"You have to consider that pain is just one word that reflects a particular sensation that has a million different potential causes," she said. "Without identifying those causes, we can’t be very effective in treating the pain."

Finkel said earlier attempts to objectively measure pain revolved around trying to understand what was happening in the brain’s pain centers.

Electroencephalograms, tests that identifies electrical activity in the brain by hooking up electrodes to the scalp, and near-infared spectroscopy were techniques employed to try and figure this out, but neither could be used in a clinical setting, Finkel said.

It was a bit by happenstance that in the process of developing a device, scientists recognized that the pupils were changing and led to the development of the AlgometRx.

The device has implications for pain management for those who can't reveal information about what kind of pain they're experiencing, including dogs and cats. Finkel said the technology is able to detect, for example, the elliptical shape of a cat's eye.

The Quest For Objectively Measuring Pain 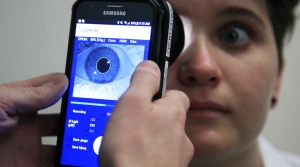 Do you have a difficult time explaining pain to your doctor? Maybe you're not sure if it's a stabbing or dull pain or where it falls on a scale of one to 10. We talk with a doctor about the challenges of assessing pain and a device she's developing to get a more objective measurement of pain....