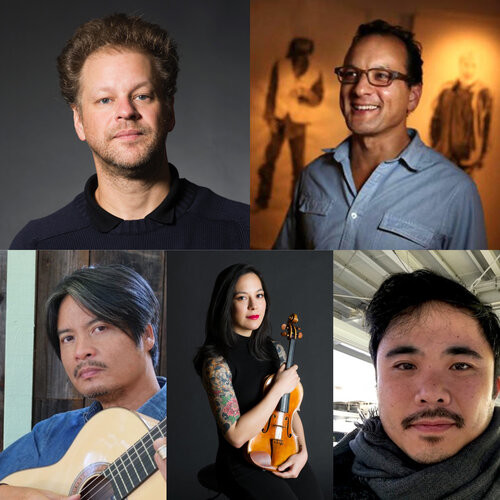 TOMORROW'S MEMORIES - AN OPERA FOR THE SAN FRANCISCO GIRLS CHORUS

Concluding the San Francisco Girl's Chorus season is Songs from the Archipelago, a live stream event that will explore the musical intersection of western classical and Filipino classical music. The centerpiece of the program will be a preview of Tomorrow’s Memories, a brand new SFGC-commissioned choral-opera from American composer Matthew Welch. Scheduled for its world premiere during the 2020-2021 season, Tomorrow’s Memories is based on the 1924-1928 diary writings of Filipina immigrant Angeles Monrayo and highlights the importance of the Filipino diaspora’s cultural impact throughout the United States, particularly in the Bay Area. Alongside Tomorrow’s Memories, the chorus will perform a selection of works composed in the western classical style but drawing heavily on folk songs of, and using instruments from, the Philippines. Featured guest artists for this program include guitarist Florante Aguilar, violinist Patti Kilroy and percussionist Levy Lorenzo.