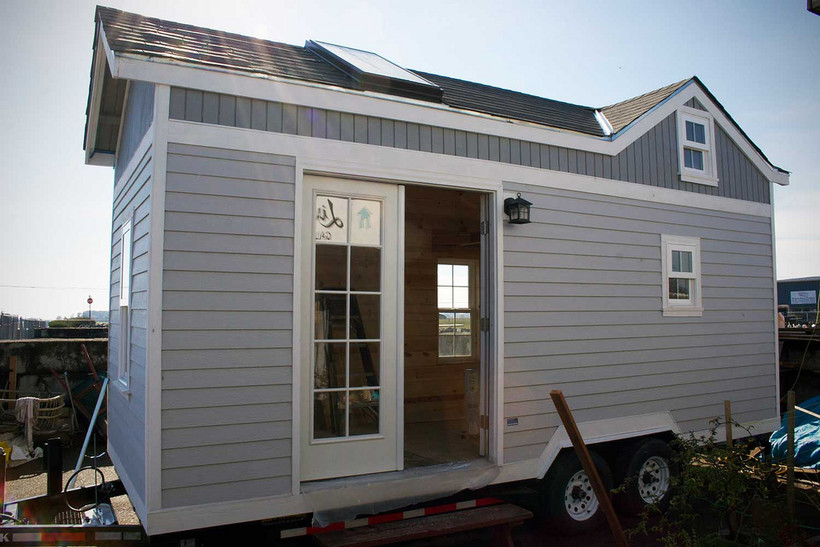 For people looking to simplify their lives, one advocate says a smaller house could help.

Greg Johnson, an Iowa City, Iowa, resident, spent six years living in a “mobile hermitage” that was 140 square feet. The tiny house had neither running water nor electricity – an extreme version of the growing trend of people building and living in homes under 500 square feet.

Johnson later married and moved into a slightly larger space – 340 square feet – with his wife. He compared the experience to owning his own efficiency apartment, but one on wheels, without rent or mortgage payments.

He said even if his 140-foot version is too small a space for other people, he encouraged them to reconsider what they thought they needed.

“If you were to visualize somebody driving a semi truck every day for their morning commute— that vehicle is much more than they really need to get to work,” he said. “For many people, we don’t think about it, we just emotionally buy into the idea of ‘Oh well, I want to be like everyone else so I’m going to buy a 2,500-square-foot home.’”

Furthermore, he said, downsizing the amount of space one lives in is a way to, ultimately, find more meaning in life.

“Often material things are connected to our kind of emotional and purposeful life,” he said. “They can start paring away what doesn’t matter and start focusing on what does matter."

But the small house movement, though gaining popularity, still has hurdles ahead. Johnson said city zoning ordinances, many of which set minimum sizes for homes, are one of the biggest problems for people who want to live in smaller spaces. Building a tiny house is one thing, he said, but then, where does one put it?

“If your mindset is on sustainability and green living, the places where you can legally build these tiny houses are generally more rural,” he said.  “So, if you’re building your house out in a rural area and then having to then drive your car into the city to work, that kind of defeats the purpose of trying to have a smaller carbon footprint.”

Johnson said that was a problem he and his wife were currently dealing with, as he could no longer find land to host a house close enough to where he works. The two currently share a more conventionally-sized apartment.