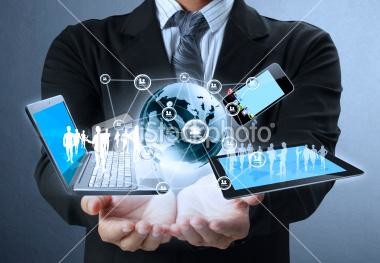 Time Warner Cable Blackout of CBS Tip Of The Iceberg

The Time Warner Black-out of CBS is now beginning its third week.  The impasse stems from a disagreement between how much the cable company wants to pay for the retransmission of the networks broadcast.  CBS has some leverage since it also owns Showtime and TMC, not to mention the fact that the NFL season is about to get underway.  But Time Warner Cable Cable also has a lot of leverage as one of the largest cable, and internet providers in the U.S.

Susan Crawford, a leading telecommunications policy expert says that the giants like Time Warner, really have a monopoly on the market; a monopoly that has only helped to make them unreasonable profits while subscribers suffer from low bandwidth and high costs.

Crawford, who is a professor at the Benjamin N. Cardozo School of Law, said that these large internet/cable companies have profit margins greater than 95%, and can charge anything they want to consumers due to the fact that there is no competition or oversight.

“Programming costs are going up…but in the last few years, Time Warner Cable and Comcast together made $172 billion in revenue and they invested very little of that into expanding their networks to bring more high speed internet access to more people.  Only 23 billion went into actually investing in capital, so they are very, very, lucrative businesses,” said Crawford.

As former Special Assistant to the President for Science, Technology, and Innovation Policy, Crawford, said  there really is no push in Washington to help regulate the industry, without political encouragement from citizens and that unfortunately, most Americans don’t know about this issue or understand it.  “When it comes to availability of reasonably priced communications for all Americans and all the jobs and other benefits that will bring; we just don’t understand how bad it is and how much we’re becoming a third world nation, particularly when it comes to comparing us to Asia.”

Crawford said this political battle is not unlike when the United States first brought Electricity to the nation, “When FDR came into office, 90% of farmers in America did not have electrification.  It was a giant political battle in fact, there were newspaper editorials saying that water was a utility but electricity was not. And that’s where we are now with high speed internet access, and it’s going to take collective political action to turn that tide.”

Susan Crawford is the author of Captive Audience: The Telecom Industry and Monopoly Power in the New Gilded Age.  She blogs about the telecommunications industry at http://scrawford.net/