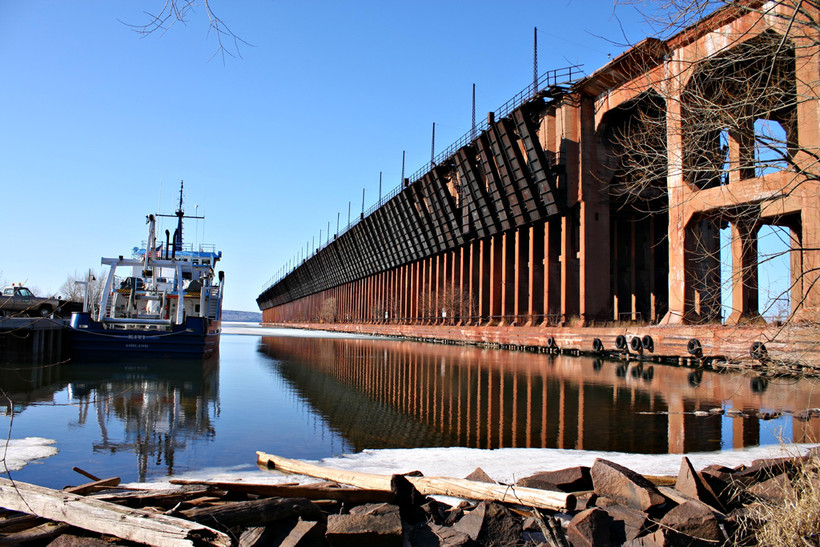 A last ditch effort to save a portion of one of the largest ore docks in the world has lots of hope but not much money.

For Ashland, the 1916-vintage Soo Line ore dock is part of its identity. The high school sports teams are called "Ore Dockers" and generations have made their livelihood at the 1800-foot-long, seven-story-high structure. People like Jeff Peters with 'Save Our Oredock' say they can re-use part of it: "It's so historical, so remarkable that people would gravitate to it. I would be a wonderful area to have fishing platforms, picnic spots, possibly build a maritime interpretive center. That's something that could really draw an immense amount of people."

Much of the ore dock has already been torn down. Since it hasn't been used since 1965, it is now a safety hazard, so current owner Canadian National Railway is taking it down piece by piece. CN spokesman Patrick Waldron says they intend to finish this year. "I can't speculate on what it would take to stop this project from moving forward, but right now the project is underway. It has been for several months and we expect it to continue through 2013."

But a plan is in the works to keep part of the ore dock - maybe part of the upper structure, maybe just the lower part - as a fishing pier. Ashland Mayor Bill Whalen says they'll take another look this weekend: "Take a look at the upper structure and say if we want to save all of it or a part of it. Save enough of it that we could give people an idea what it looked like and how it functioned."

For 'Save Our Oredock' people like John Chapple, demolition is heartbreaking. "You're tearing down an icon. I mean, what would you say if someone tomorrow started tearing down the White House?"

Negotiations will continue, but Canadian National Railway says the demolition will, also.