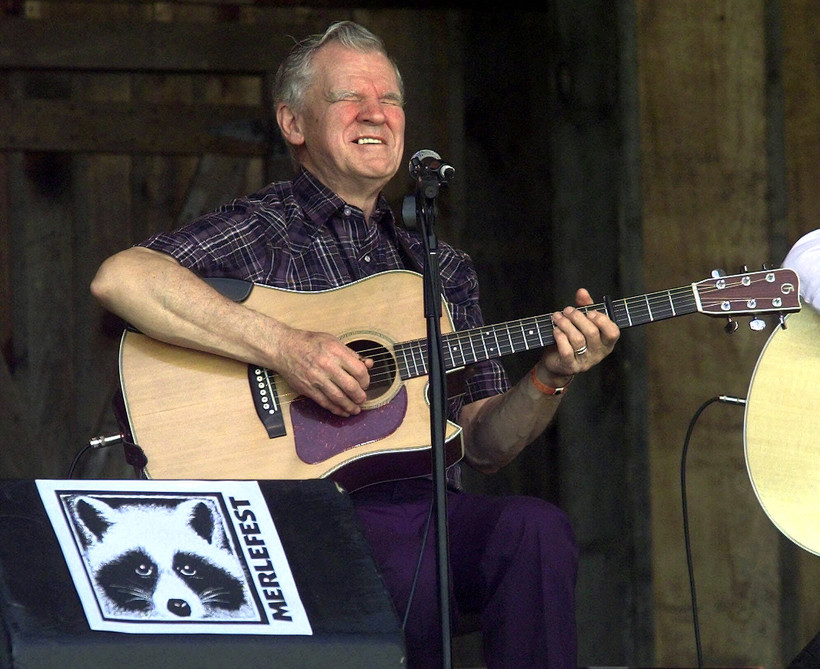 As Time Changes And Flows, Songs Do Too

Bob Dylan wrote, "The times they are a changin’." But when it comes to folk music, the music itself can change over time with what some people call the "folk process." A song can be passed along from person to person, band to band, with each musician putting their unique spin on the music. Over time, the song begins to change.

Sometimes this change is unconscious, just a natural part of musical development. But other times, the change is deliberate, adapting a song to fit a particular situation. For the last two weeks, I’ve been exploring how songs have developed and changed through the folk process, first with the song "Will the Circle Be Unbroken," and then with the music and songs of Lead Belly.

This week, I’d like to look at a song most often associated with Doc Watson — "Deep River Blues." However, the song’s history began with the Delmore Brothers, one of the founding musical groups of country music in the United States. When they wrote and then recorded the song in 1933, it’s title was "I’ve Got The Big River Blues."

Watson first heard the song from the Delmores, but after that, he was influenced by the playing of Merle Travis, and his guitar technique that came to be known as the Travis picking style, with a heavy emphasis on the thumb being used to thump out a driving bass line. In this performance with David Holt, Watson talks about the influence both the Delmores and Travis had on his rendition of the song.

The song, and Watson’s legacy, continue to today. The northern Illinois-based duo of Ashley & Simpson came out with an album last year titled, "Off to Here Land." On it, they perform their own versions of well-known folk songs, including "Deep River Blues."

In the album’s liner notes, they write, "As our research unfolded, and we became educated on the history and far-reaching impact of these songs, thus began the delicate process of making it our own while paying homage to its writers and its imprint on those before us. We were struck how these songs have transcended time, managing to be relevant generation after generation."

In this performance, you can hear the higher pitch of the Delmore Brothers’ instrumentation, while at the same time hear Watson’s influence, plus something new. Ashley and Simpson give it a lighter, more laid back approach — the folk process in action!