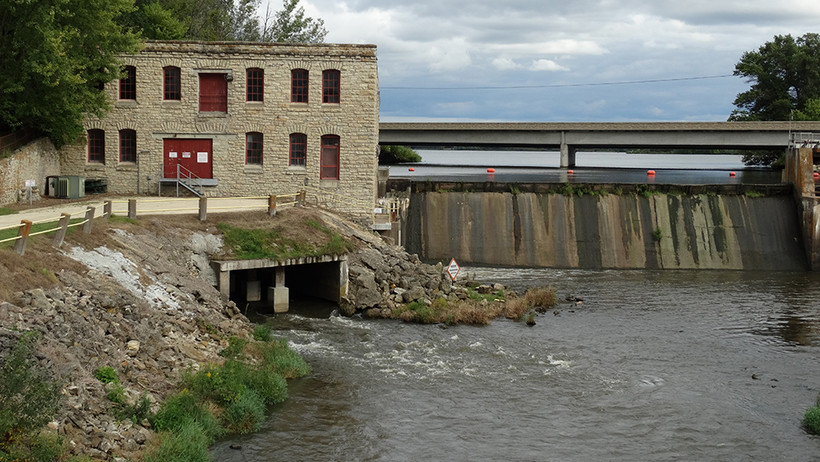 Pictured is a mill in West Salem adjacent to the La Crosse River along Highway 16, just before the start of Highway 108 in La Crosse County. Photo courtesy of Eric Paulsen.

Through The Heart Of It: Website Explores What's Along Wisconsin's Trunk Highways

Eric Paulsen grew up in Oconomowoc, where the intersection of highways 16 and 67 had his young mind wondering what would happen if he followed those roads to their ends.

Highway 16 ends up in La Crosse, at least if you’re heading west, he later learned. Turning east out of Oconomowoc, the road stops in Milwaukee.

His fascination with state highways and the treasures they reveal as drivers slow down and pass through small town Wisconsin has turned into a record of adventure documented on his website, StateTrunkTour.com.

The self-described "road geek," co-host of Discover Wisconsin and a radio deejay for Milwaukee’s 95.7 and Madison’s 92.1, Paulsen has detailed listings of 71 state trunk highways including the counties they run through, interesting sites to see and facts about the highway.

"It’s still a work in progress because it turns out it takes a lot of time to drive all these roads and catalog," he said, adding that he plans to expand into county and rustic roads.

The project began about 10 years ago with Paulsen’s first deliberate trip along Highway 59 with end points in Monroe and Milwaukee. After stopping in Monroe for a grilled-cheese sandwich at Baumgartner’s Cheese Store and Tavern, he picked Highway 59 back up and headed home to Milwaukee. A small dam and waterfall can be seen on the Sugar River at Albany from a bridge along Highway 59. Photo courtesy of Eric Paulsen

He passed through Albany and saw the Sugar River Trail, which follows the path of an old railroad line. He wound through Edgerton, Whitewater and the Kettle Moraine area — "charming small towns," he said.

"It takes me forever to do these routes because I stop at so many things; every little shiny object catches my eye, from charming little taverns to museums to natural formations to interesting mailboxes, I mean, you wouldn't believe some of the stuff out there."

Paulsen started with trunk highways to keep the theme of his website content consistent. Trunk highways are part of the state’s transportation system that also comprises interstates and U.S. highways, among others.

Interstates are federally-funded, high-speed freeways that were modeled after Germany's Autobahns and developed in 1956 as a defense system to quickly transport materials across the United States.

Prior to the interstate system, U.S. highways were designed in 1926 and are federal roads and can be freeways, divided four-lane roads or two-lane roads. A pivotal intersection before interstates were built, Highway 13's connection to U.S. 12 and Highways 16 and 23 in Lake Delton at the border of Wisconsin Dells is now filled with tourists. Photo courtesy of Eric Paulsen

Trunk highways, such as state and county highways, are less trafficked and often marked by slower speeds, maintained and funded at the state or county level, and for the most part exist only in the state.

While focused on state trunk highways, Paulsen said, "I love some of the key county roads and would like to add them to the site, but there's a ton of them and I'd have to add those gradually."

Wisconsin was the first government in the world to implement a numbering system for roads, which began in 1917. Michigan followed in 1918 and eventually became commonplace.

Paulsen said while bypasses have improved drive time and traffic flow, there's been a negative impact on small towns who don't meet those would-be visitors. But with renewed interest in taking the long way, small towns could stand to benefit.

So will drivers, Paulsen maintains.

"Some of the back roads in the state just lead you to some of the most hidden gems that you can possibly imagine," he said.

See What Wisconsin Has To Offer On A Trunk Tour 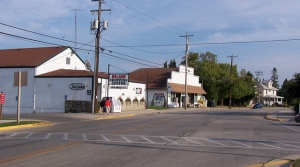 Taking one highway from beginning to end doesn't require a ton of preparation or planning, but could take you on an unbeatable adventure. Small towns you never knew much about, scenic roadways and new, local restaurants can all make traversing the state via trunk highway a great time. We talk to...