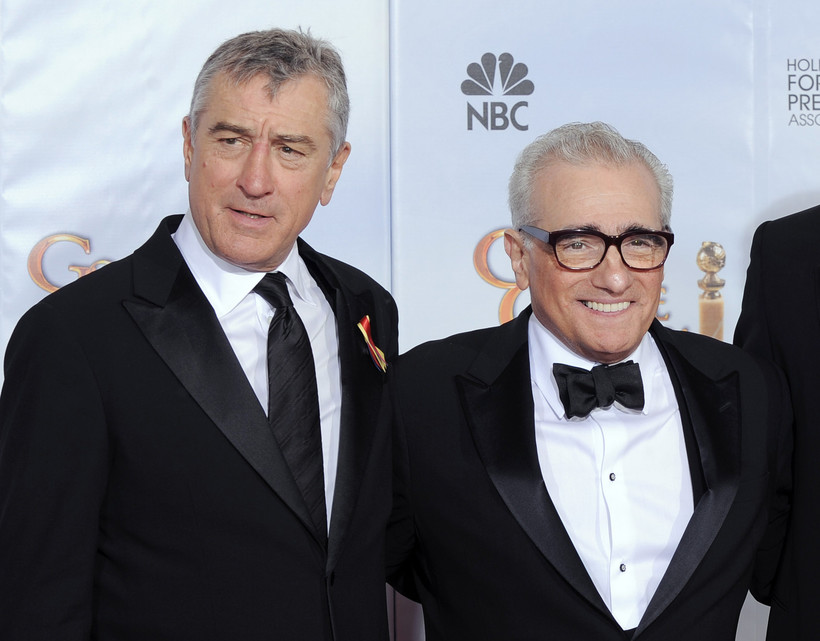 Three Decades Of Life With 'Goodfellas'

"As far back as I can remember, I always wanted to be a gangster."

That's the opening narration of Martin Scorsese's 1990 mob masterpiece, "Goodfellas", starring Robert De Niro, Joe Pesci and Ray Liotta. The tagline for the film was "Three Decades of Life in the Mafia." Now, three decades after the film's release, critic Glenn Kenny explores the enduring power of Scorsese's picture in his behind-the-scenes book, "Made Men: The Story of Goodfellas."

You could say that as far back as he can remember, Kenny, who writes for RogerEbert.com, was covering "Goodfellas" in a way. As it happens, he was working for a magazine called Video Review and in December of 1989, pursued an interview with Scorsese — a known film preservationist — about the advent of home video. When they met, Scorsese kept enthusiastically returning the conversation to his new film about gangsters that was in post-production.

The film was based on crime writer Nicholas Pileggi's exhilarating expose of mob life, "Wiseguy." Pileggi, who himself had grown up with and covered mobsters from his Brooklyn neighborhood, had met and documented the life and times of a small-time gangster turned FBI informant, Henry Hill. Pileggi said that "Wiseguy" (and subsequently "Goodfellas") only worked because Henry Hill was a gifted storyteller willing to discuss mob matters. Pileggi likened him to a "court jester."

"Any journalist who met Henry Hill would consider him a gift because he loved to talk and he had amazing stories and he spoke coherently," Kenny told WPR's "BETA."

Scorsese — who was reeling a bit critically and at the box office after his controversial "The Last Temptation of Christ" — was drawn to the material and the contradictory revulsion/attraction to gangsters. Pileggi was anxious to work with Scorsese and the two of them sat down to work on the script.

The result was a kinetic and whirlwind paced — as Scorsese had predicted in his 1989 interview with Kenny — mob epic about Hill's (Liotta) rise and fall in the Lucchese crime family of New York. It featured career-defining performances for nearly all of its leads including a best supporting Oscar for Pesci.

"Goodfellas" bore all of Scorsese's auteur trademarks, including brash editing, stellar voiceover narration, a pop music score and groundbreaking shots, such as the famous take of Henry Hill escorting his soon-to-be wife Karen (Lorraine Bracco) into the Copacabana through the popular night club's kitchen.

The shot was pulled off by the film's director of photography, Michael Ballhaus. After a stint with the famously prolific (and volatile) German director Rainer Werner Fassbinder in which he shot 13 films in 10 years, the DP was more than up to the task.

"He was used to working under pressure because he had a long period under his belt of having worked with the German director, Rainer Werner Fassbinder, who was both a maniac and a genius and who worked very, very fast," said Kenny.

Kenny writes in the book how this shot uses a bit of set design magic to create the illusion of a long walk into the club when in reality it wasn't necessary.

"Now, if you look at the scene -- and this is a spoiler -- but you see they really don't need to go in the kitchen. They actually go in a circle. (Production Designer) Kristi Zea created a breakaway wall that blocks the entrance of the club when they go down and they make the left. And then that breakaway wall is slid back. They put some crates in front of the wall of the entrance to make it look a little different. And they literally go in a circle," said Kenny. "You don't notice it unless you look for it, but it's just a fun thing to take notice of."

The whole scene is scored to The Crystals hit "Then He Kissed Me" and is just one example of Scorsese's use of pop music to score his films. Already a trailblazer in this technique, Scorsese reached a new high-water mark with "Goodfellas." Using era-specific music, he helped depict the passage of time by moving from doo wop and crooners to psychedelic rock staples like Cream and Derek and the Dominos, using the latter's iconic "Layla" to haunting effect.

He recounts an anecdote in "Made Men" that while Pileggi was transcribing the script, Scorsese told him to write 'Cream' into the margins. Baffled, Pileggi did so and discovered it was a reminder for Scorsese to use "Sunshine Of Your Love" to score that scene.

"Now, how does he rationalize this? Because as (Scorsese) himself says, gangsters don't listen to psychedelic rock in the late 60s, early 70s. They were still listening to Jimmy Roselli and old songs from the old country. But they're at a bar. The bar has a jukebox. As long as he can come up with a rationale for it that hews to his sense of verisimilitude and reality, that's fine," Kenny explained.

Kenny said that there's a different rationale for the scoring of the third act depiction of Henry Hill's chaotic day leading to his arrest.

"In the scene of Henry getting arrested, there is no source for where the music's coming from. It's all the music in Marty's head. But it's also the music in Henry's head."

It's at this point that Scorsese makes a deliberate decision to stop the music in the film entirely. In fact, there isn't another piece of music until the closing credits.

"Because that's where the fun stops. That's where it's over, you know, everything that happens after that is panic and deflation," said Kenny. "It's arguably an on-the-nose metaphor, the music has stopped, the fun's over."

The fun continues for viewers, though. Kenny said that even after dozens of rewatches as he was compiling his book, the film holds up.

"It's a pantheon film. It has a lot of different qualities. It's appalling. It's funny -- sometimes appalling and funny at the same time, which is hard to do. It does have a morality, but the morality is something you have to you have to meet it halfway in order to really appreciate. And it does say something, I think, about the kind of mutated version of the American dream that being a mobster represents and also about the permutations of capitalism and greed that I think still resonate today."