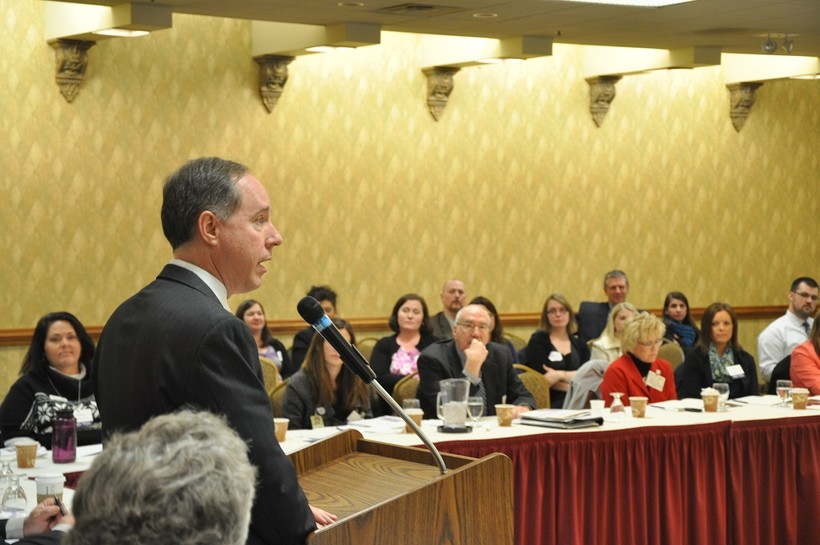 Speaker Robin Vos, above, is confident Republicans will hang on to a majority in the Assembly. Photo courtesy of Wisconsin State Legislature.

Though GOP Is Likely To Keep Majority, Democrats Look To Gain Seats In Assembly

A spate of retiring lawmakers has given Democrats a chance to pick up some seats in the state Assembly this fall, but Republicans say they're poised to keep and even grow the Republican majority there.

Republicans ended this past session with a 60-39 seat edge over Democrats in the Assembly, and with a Republican-drawn legislative map, odds are heavily against power changing hands there this November.

But Rep. Chris Taylor (D-Madison), who co-chairs the Assembly Democratic Campaign Committee, said it would be a mistake to assume this map is unwinnable for her party. She thinks the Democratic message this November will help.

“I think the contrast is clear – our candidates actually stand up for people, the actual people of the state,” said Taylor. “The Republican agenda, and what we've seen from the Republicans, is an out-of-state corporate special interested agenda that doesn't help most people in this state.”

Assembly Speaker Robin Vos said his incumbents are in good shape, and while he thinks it's true that those open seats are competitive, he said this will be a Republican year.