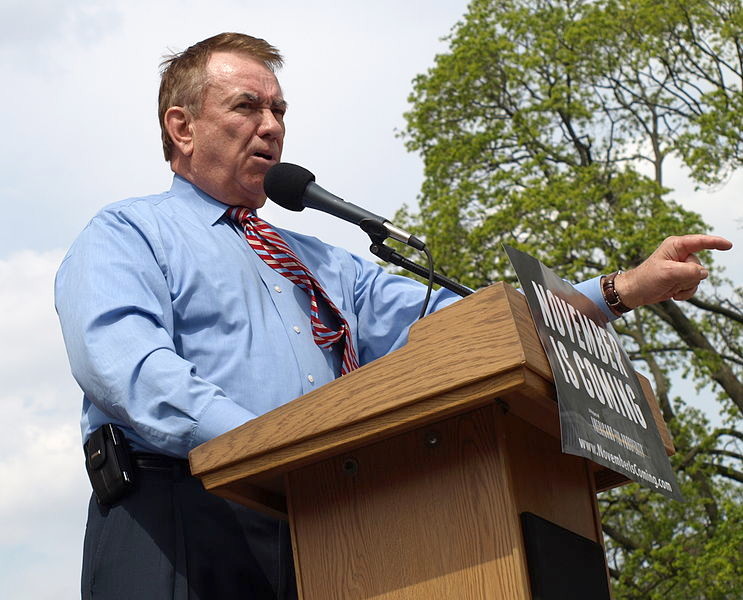 Thompson To Democrats: Your Ideas Are Still Needed

Former Republican Wisconsin Gov. Tommy Thompson has reassuring words for Democrats -- and some cautionary ones for Republicans -- in the wake of Tuesday’s Republican election sweep.

Thompson, who lost to Democrat Tammy Baldwin in the 2012 U.S. Senate race for Herb Kohl’s open seat, said he understands all too well how this year’s losers might be feeling.

“When I lost my race for U.S. Senate, I was devastated,” he said. “But, you realize it’s an election, the people have spoken and you pick yourself up and you go on.”

Thompson said Democratic ideas still have an important role to play even in Republican-dominated bodies of government, and that it's imperative for Democrats to “articulate those ideas.”

And while Republicans are now in the position of governing party, he said, they would have to be equally dedicated to making the government work.

“Both political parties have got to want this to be a successful two years,” he said. “I really sincerely believe that the next two years are going to be very positive, very constructive, and you’re going to see a lot being done.”

He said it was a good sign that President Barack Obama was already planning to reach out to Republican leadership, for example, and compared it to his own first term as governor, when Democrats dominated both houses of the state Legislature.

He said that outreach by the president to the opposition is the only way anything will get accomplished over the next two years.

Thompson also cautioned Republicans to make their next two years of dominance constructive ones, lest they risk losing their advantage in 2016.

“America spoke last night, not so much being pro-Republican so much as being anti-dysfunctioning government,” he said. “If Republicans want to stay in majority, they need to be the majority constructive party.

Thompson said that if Republicans successfully learn to work with Democrats and with the president, “they’re going to be in power a long time.”