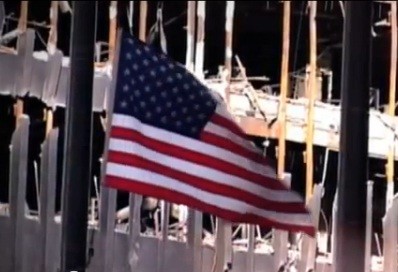 With less than two weeks to go before the election, dueling T-V ads involving the September 11th terrorist attacks are dominating the race for Wisconsin's U-S Senate seat.

Former Governor Tommy Thompson started the ad war, releasing a commercial Tuesday that criticized Democratic Congresswoman Tammy Baldwin for voting against a 2006 resolution honoring victims of the 9-11 attacks. Baldwin's campaign shot back that she had voted "yes" on nine other resolutions honoring those victims, and only voted "no" in 2006 because Republicans tacked on language supporting the Patriot Act and immigration bills.

Baldwin today released her own ad attacking Thompson for his time at Logistics Health Incorporated, a Wisconsin company granted a federal contract to provide health care to 9-11 first responders. The company was roundly criticized at the time for being slow to get off the ground.

"Tommy took advantage, leaving them without the care they were promised. Tommy Thompson personally made over three-million dollars on the deal. Tommy Thompson should be ashamed."

The three million dollars referenced there is the amount Thompson was paid after Logistics Health was sold.

The Thompson campaign called the ad an attempt by Baldwin to distract people from her vote. Thompson enlisted the help of former New York Governor George Pataki, who praised Thompson's work as Health and Human Services Secretary on September 11th.

The Thompson campaign said Baldwin's 9-11 vote was "100-percent an issue" in this race. But the Baldwin campaign says the fact that Thompson is bringing it up now shows the former Governor is desperate.