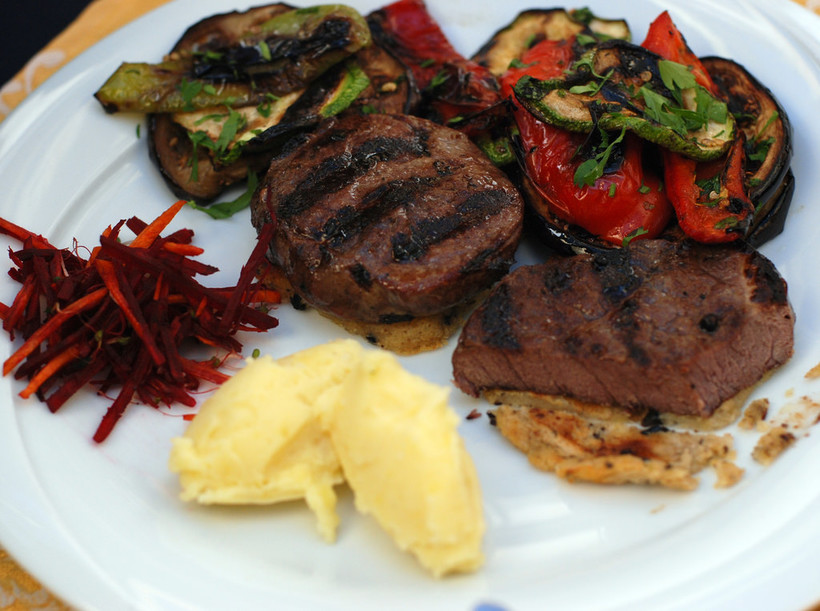 Things To Keep In Mind When Cooking Wild Game

Wisconsin is in the midst of fall hunting season, and with plenty of game being harvested, the hunt itself is only the first challenge; turning the meat into enjoyable meals is a feat in and of itself.

There are number of things hunters can do to make sure game tastes great, said Scott Craven, an emeritus University of Wisconsin-Extension wildlife ecologist and experienced wild game cook.

Preparation In The Field

"A really nice presentation of any type of a game dish ... whether it's venison, pheasant, turkey, whatever, starts in the field at the point of harvest," Craven advised.

To keep the meat free from disease-causing bacteria, Craven said the first step is making sure the animal is properly field dressed. It should then be transported as quickly as possible to cold storage that is below 40 degrees. It then can be properly prepared for immediate eating or freezing.

Craven said when preparing the game, it's important to make sure all the feathers, dirt, shot pellets and other contaminants are removed from the meat. This is especially true now that people are using steel shot instead of lead, for dental health, at least.

"For the uninitiated game eater, to chomp on a lead shot pellet, there's a little bit of give. There's no give with steel shot," said Craven. "It's important to get the shot out, and any bone fragments, so that what you put on the table, regardless of the recipe, is technically sound."

The next step is to find a good recipe for the particular game meat that's on hand. Craven said while cooks can use game meat as a substitute for domesticated meat in regular recipes, he thinks it's a better idea to showcase the game in a recipe that features the meat and not hide its qualities.

He said there are hundreds of good game cookbooks available. His favorite is a large volume call "After the Hunt: Lousiana's Authoritative Collection of Wild Game and Game Fish Cookery" by chef John D. Folse. Craven said it not only has great recipes for all kinds of game but features a section that looks at the history of hunting around the world.

The last step to a great wild game meal is to make sure to use the proper cooking method.

"If you overcook game meat, you are going to be disappointed in the product, it gets really tough," Craven said. "Especially things like venison or a goose breast fillet."

Over-cooking is easy to do because wild game has less fat than domesticated animals and the moisture evaporates very quickly, said Craven.