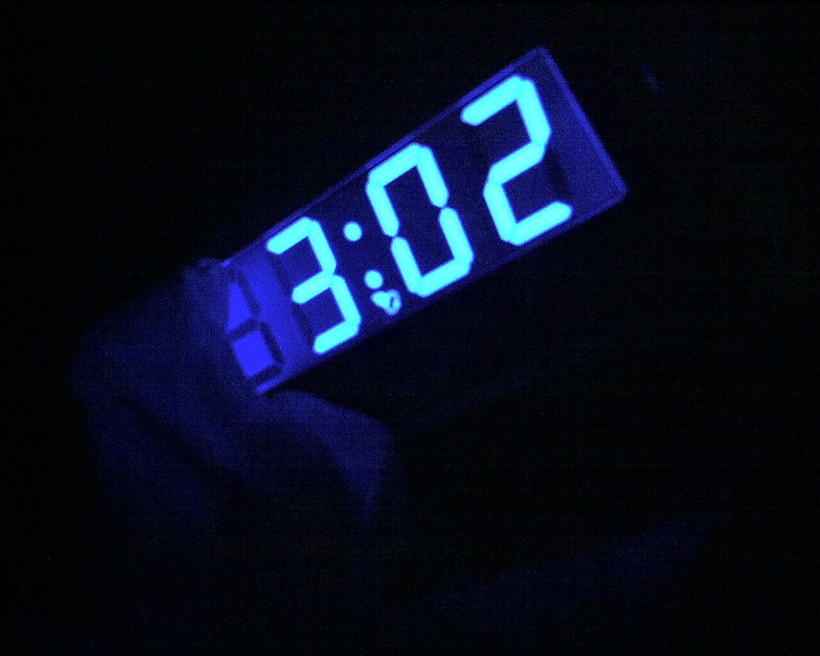 The Things That Keep Gen X Women Up At Night

Ada Calhoun's book "Why We Can't Sleep: Women's New Midlife Crisis," comes from her own personal struggles with insomnia as she thinks and re-thinks about her day and what's ahead in the middle of the night.

She knew she was not alone, and set about to interview more than 200 women around the United States to find out their stories and what can be done. "To the Best of Our Knowledge" producer Shannon Henry Kleiber spoke with Calhoun.

Shannon Henry Kleiber: Ada, How did you realize your insomnia was generational?

Ada Calhoun: I wrote this story, "The New Midlife Crisis," and the story went amazingly viral. I started getting messages all day, every day from women saying they related to it.

SHK: I love the dedication: "For the middle-aged women of America. You're not imagining it, and it's not just you."

I love that. How much is this a book about (saying), "Hey, you're not the only one?"

AC: That's the major point of writing the book.

This book is not for women who are sleeping soundly and are ecstatically happy about all the opportunities that midlife provides. This is really geared toward women who are having a hard time in one way or another, and trying to figure out why.

SHK: Tell me about one of them that really illustrated what you're trying to get across.

AC: There is this one woman who is in North Carolina. She was a contracts analyst. She had a little kid and her husband made some money, but not a ton of money. So it wasn't like her income was negotiable. She said, "I just did everything right." Like she had gotten a "useful degree." She had gone into a safe field. She had moved to a less expensive city than the one she wanted to live in. They bought a little house. She waited to have children until she felt they had enough money. She had just made all of these smart moves.

And then she found herself with this little kid and tethered to this job that she was really frustrated in and just working super hard all day, every day, not really able to fulfill her dreams at all.

The first time I'd spoken her, she'd said, "Can you imagine what would happen if I lost my job? It would be horrible."

And then, sure enough, a year or so later, she did lose her job, and they had to go into retirement (funds) in order to keep paying for nursery school.

SHK: And a lot of it was she wasn't fulfilling the dreams that she had, and she didn't see any way of it happening in the future?

AC: That's one thing I try to talk about in the book a lot is how we grew up and the expectations that we as women had for ourselves and that our mothers had for us.

So we heard, "You can be anything you want, even president." And we heard, "Don't be a nurse, be a doctor, and reach for the stars."

A lot of women I interviewed brought up the Enjoli perfume ad.

And then the reality, of course, is that being a 24-hour woman is extremely difficult.

AC: Yes. One boomer friend of mine said that when she started out in the work world and started doing really well, people were surprised and excited for her. And she just felt professionally, everything she got was a win.

And then she said with her own daughters and a lot of her daughter's friends, she saw them working so hard and achieving at least as much as she did and getting into corner offices and doing all this stuff. But they never felt like it was enough. They felt like, "OK, well I have this, but I need this. And while I'm doing this, I'm ignoring my kids."

They just felt like they were failing by not doing more, whereas she felt like (with) her generation there wasn't this mandate to do everything.

SHK: I so relate to your book. I'm Generation X. My kids are 14 and 16. My parents are 89 and 87, and you can just assume all these different things based on their age. I work full time, I have a husband, I have a dog. I'm thinking about the orthodontist and the field trips and the things that build up. And they're difficult for us to get through in so many ways. But then I feel really guilty. You know, I feel like I'm lucky and I shouldn't be complaining.

AC: Almost every woman I interviewed began our conversation with some variation of the following: "I'm so lucky. I have no right to complain. It's not the Depression. There are no world wars going on." They would list all these reasons why they didn't deserve to feel bad.

And I think that the question remains: well, if we aren't supposed to feel bad, then why do we feel bad?

And I think that's a really valid line of inquiry, because if we do live in the richest country in the world, and we do have a house, and we do have family or meaningful work or whatever we have, why isn't it fulfilling enough? Why do we lie awake at night staring at the ceiling?

SHK: Let's talk about what can change. What can we do?

AC: I think the first thing is letting go of the expectations that we grew up with and all of those ideas that we're supposed to be doing better than we are.

The second thing is people don't talk about perimenopause and menopause nearly enough and there's not nearly enough research or training around it. Only 1 in 5 gynecologists specialize in menopause medicine. And as a result, I think a lot of us are going through a lot of physical distress. So I always tell people to get a good gynecologist. The North American Menopause Society has databases of people who really know what to do with women in this phase of life.

SHK: What's different about the male midlife crisis, which we certainly hear more about?

AC: A lot of the therapists and experts that I spoke with told me that the male midlife crisis is very performative. He acts out.

But then maybe she wakes up in the middle of the night and stares at the ceiling and cries. Or maybe she stares out the window of her car and just stays parked there for, you know, an hour, and just feels a few feelings and then gets out and does all the things she's supposed to do.

It's not very cinematic.

SHK: I found your book to be so full of hope. Some people I've told about it say, "That sounds depressing" or "Lots of complaining." But it's like this light on this nearly invisible collective angst that so many of us have. And it just feels better to know that other people are having it.

AC: Yeah, I think so. It's better for me. I will say the last year or so, it's not like I don't ever wake up in the middle of the night still, because I do. But I tend to wake up and look at the clock. It's like 3 or 4.

And it's kind of nice to know that, while I'm lying there, that there are lots of women that I really like who are out there in the world also awake at the same time, it gives me kind of a feeling of sisterhood.