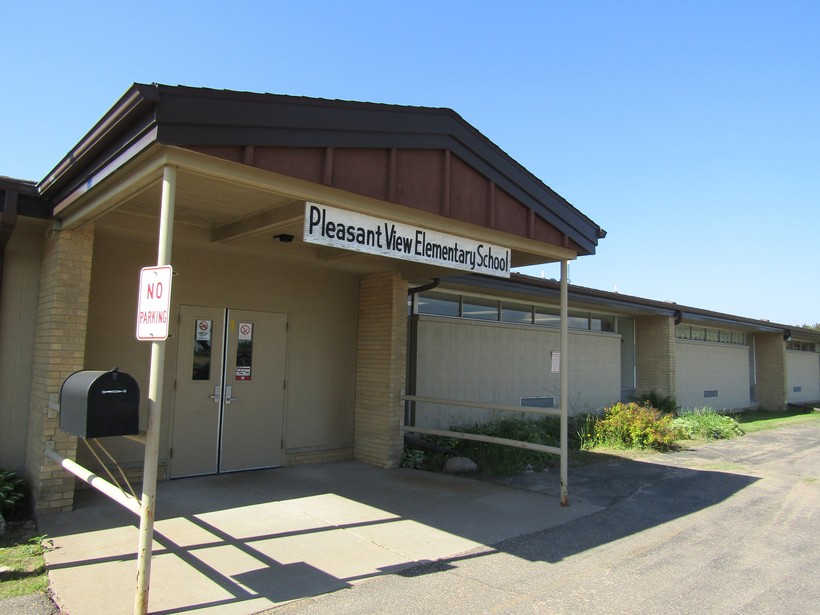 Pleasant View Elementary School is one of three rural schools the Unified School District of Antigo will close at the end of this year. Rob Mentzer/WPR

When teachers at Pleasant View Elementary School want to take their students to a school forest for science activities, they don't have far to go. The rural school has a one-mile-long trail through the woods just off its playground.

But the kids who are finishing up their school year Friday will be the last Pleasant View classes. The Unified School District of Antigo will close the school, along with two other rural schools, as part of a broader plan to consolidate school buildings and realign grade levels. 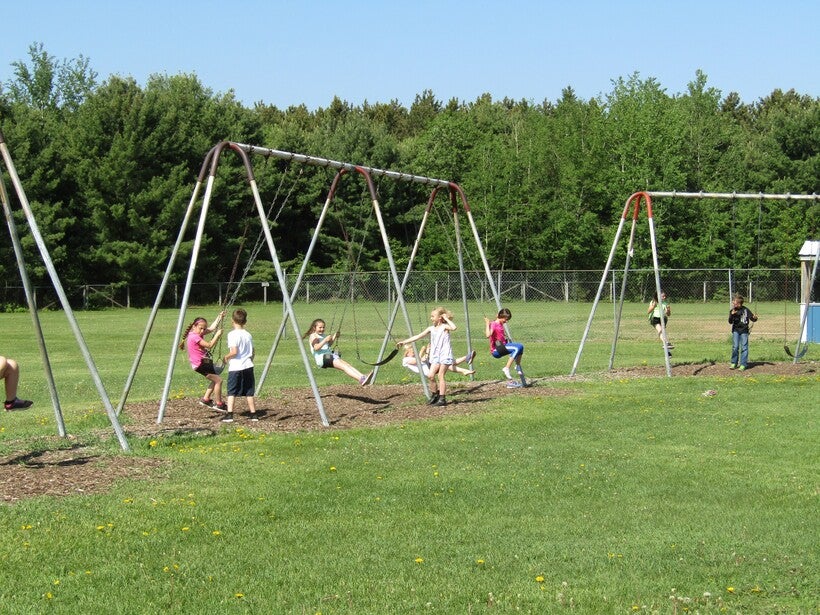 Students swing during recess at Langlade County’s Pleasant View Elementary School on June 6, 2019. Friday will be the last day of school for Pleasant View, which is one of three rural schools the Unified School District of Antigo will close. Rob Mentzer/WPR

It's a response to declining enrollment, something rural districts across the state have faced. In Antigo, the district's high-point for student enrollment came in 1993, when there were 3,237 kids in the K-12 system. By 2008, the population had declined to 2,578. This year it's 2,331.

Those declines have also meant fiscal challenges for the district. In 2016, voters narrowly defeated a referendum that would have added $25.9 million.

Colleen Berkhahn is principal at Pleasant View. She said the district is in the process of changes, and that from her perspective it's been a well-thought-out process. But that doesn't mean it's easy to see schools close.

"Schools are more than just the brick and mortar," Berkhahn said. "There’s so many things inside of them that make them a community and a family within themselves."

Antigo is far from the first district to close its rural schools. In central Wisconsin, districts in Merrill and Wisconsin Rapids have closed elementary schools in recent years. In 2018, the New York Times profiled the closure of the only school in the town of Arena.

The other two schools to close are Spring Valley and Crestwood elementaries, both of which are rural schools outside of the city of Antigo. Donna Smith, another principal in the district, said consolidation will allow the district to provide equitable services to all students. Right now, the rural schools don't offer special education programs.

Heather Nosowiak attended Spring Valley, as did her father, her brothers and her three kids. She said she accepts the district's reasons for the closures, but finds it "heartbreaking."

"It's like a little family," said Nosowiak, who is active in the school parent-teacher association.

"There's a lot of emotion," he said. "When I drive into the driveway (of the school) I almost feel like I'm driving into my own home."

The kids in Hendrickson's class shared with WPR some of their favorite memories from the school year. They included science experiments that involved shooting off rockets, snow-racing and basketball. Alexis Fetterman, 10, said her favorite memory was "having awesome teachers who teach us well."