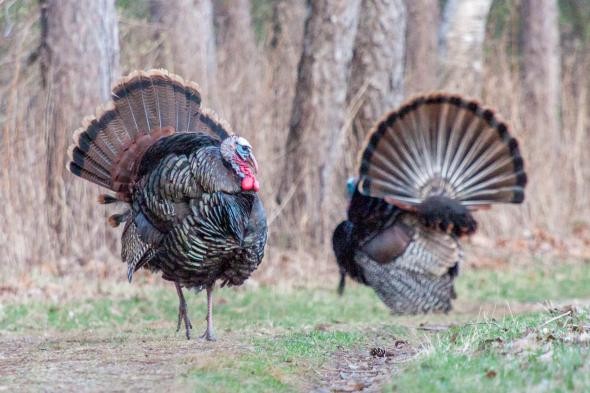 Wild Turkey Should Have Done Well Over Mild Winter
By Breann Schossow
Share:

The spring turkey hunt in Wisconsin is quickly approaching, and given this year's mellow winter, Scott Craven said it's likely that wild turkeys are thriving.

In 2015, the spring turkey harvest was 40,974. That was down just over 2 percent from the harvest the previous year.

The hunt begins in early April, according to the Wisconsin Department of Natural Resources, and runs about 6 weeks. The application deadline for spring permits was in December. However, Craven said, there's another opportunity for those who want to participate and missed out, or who already have a permit but want to hunt more often: The DNR is selling leftover permits on a "first-come, first-served basis." More information, and dates, are available on their website.

Craven said that whether a person is a turkey hunter or not, they're still a wonderful bird to encounter in the wild.

"There's not much ... in the spring repertoire of bird activity more spectacular than a big old gobbler in the early morning sun strutting around and gobbling," he said.