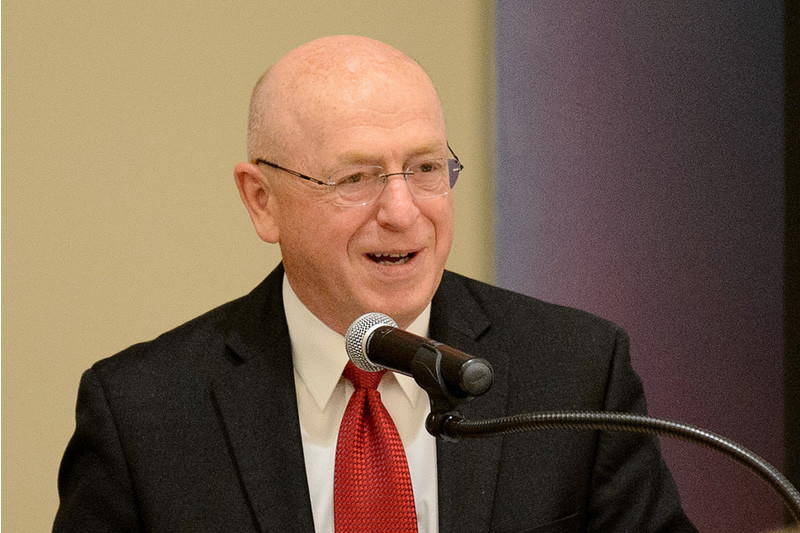 After regents approved a controversial overhaul of the University of Wisconsin's tenure rules last week, UW System President Ray Cross is looking to reassure faculty members that they are deeply appreciated and will play a key role in improving Wisconsin’s economy.

Under the changes adopted Thursday by the Board of Regents, tenured faculty will be required to undergo performance reviews every five years.  Poorly performing faculty members can be fired if their job performance fails to improve.  They can also lose their jobs if their programs are discontinued for educational and financial reasons.

Some professors have warned that the new policies could harm the UW’s efforts to attract and retain quality faculty members and discourage free speech in the classroom.

"I think the marketplace will simply make it more likely that more people will leave because more people will be solicited to leave," said UW-Madison professor of public policy Donald Moynihan.

“If someone from Temple reaches out to you and says you should come and interview with us and maybe take a job here, you’re more likely to do that in this environment than you were in the past,” he added, referencing the case of education policy studies professor Sara Goldrick-Rab who announced last week that she was leaving UW-Madison for Temple University in Philadelphia.

Cross rejected the notion that the new tenure policy is contributing to an exodus of professors and a negative effect on recruiting. Rather, he blamed the "enormous problems" of the $250 million in cuts to the UW System that lawmakers included in the 2015-17 budget.

Moynihan said he’s been very concerned for a long time about tenure being weakened and that chancellors are now in the difficult position of trying to reassure faculty that conditions are as good as they were before. Cross said he "feels badly" about the low morale felt by some faculty members.

"The feeling then is, 'Oh, gee, we’re under attack again. They’re challenging tenure and shared governance. Are we not valued?'" Cross said.  "I hope that I can communicate in some way, that’s not true although it gives you that impression. Faculty are highly valued. It’s upon the backs of faculty in this great system that the future of this economy will improve. We are a major component, if not the key component to improving the economy."

Until the economy recovers, Cross said that the UW System needs to be more like other institutions regarding tenure, including public universities in Maryland, Michigan, Iowa, North Carolina and Texas. He urged faculty to "work with him" and that together, as funding and investment improves, morale will follow.

"This is not a personal attack on faculty and it’s really important for them to understand that it’s not," he said.

Under the old tenure system, which was part of state law until Republican lawmakers removed it from the current budget, faculty could only be dismissed for just cause or in a fiscal emergency. Cross praised the new policies as being a more nuanced approach. He also credited the Board of Regents for not adopting a committee’s recommendation to let go of tenured faculty for "modification, curtailment or redirection of a program."

“(The Board of Regents) has chosen to restrict themselves only to program discontinuance and I think that’s admirable and I hope faculty and staff appreciate that and understand that self-restraint,” he said.

Cross also predicted that the UW System’s commitment to tenure will be verified in the months to come as the new policies are implemented.