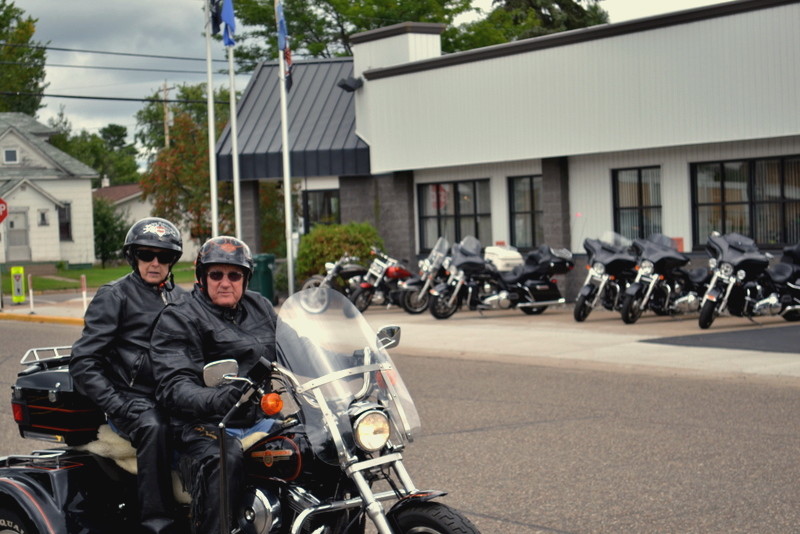 Some Tomahawk Businesses Are Moving Forward With Fall Ride Events Despite Pandemic
By Rob Mentzer
Share:

Wisconsin's largest annual gathering of motorcyclists happens next week in Tomahawk, and despite the cancellation of some events due to COVID-19, local businesses still expect tens of thousands of visitors.

Large gatherings are a public health risk during the pandemic, according to health officials, and the Tomahawk Fall Ride is getting new scrutiny after a study of a motorcycle rally in Sturgis, South Dakota, in August tied that event to as many as 260,000 new coronavirus infections across multiple states.

The Fall Ride is typically a fundraiser for the Muscular Dystrophy Association, but that group pulled out of involvement in the 2020 rally in June due to its health risks. In late July, the Tomahawk Main Street organization canceled its downtown events associated with the Fall Ride, saying in a statement that "the uncertainties of COVID-19 weighed heavily on the decision."

But some of the biggest gathering centers for the rally, which in a typical year attracts some 40,000 visitors from multiple states, are moving forward with their events, which start Monday and end Sept. 20. Bubba's Big Party, which has a sprawling campsite and live music stages, is selling tickets to its event online, and advertising free beer on Wednesday and Thursday. An organizer with Bubba's Big Party abruptly ended a phone conversation with a WPR reporter requesting an interview.

The Tomahawk City Council approved permits for Fall Ride gatherings in July despite the recommendation of Lincoln County health officer Shelley Hersil, who said gatherings of more than 50 people are not safe.

Rick Kersten, owner of Bonnie and Clyde Gangster Park, said he believes it's possible to hold the event safely.

"These bike rallies and this particular event, it's more of an outdoor environment," Kersten said. "The motorcyclists come to Tomahawk to ride the Northwoods."

Motorcycle riding itself is not an activity that puts riders at risk of infection, and Kersten said some events, including the concerts hosted at Bonnie and Clyde Gangster Park, are outdoors with opportunities for social distancing.

He said he expects the crowd to be somewhat smaller than in a usual year. But he's still preparing for many visitors. The Sturgis rally, which Kersten attended this year, drew more than 365,000 people — a decline of less than 10 percent from its 2019 attendance.

As to the safety of the event, Kersten said it depends what people are coming to the Northwoods to do.

"There's a combination of things to do," he said. "Riding is the big thing. If you want to just go get drunk, you can do that back home."

The director of the Tomahawk Chamber of Commerce said in an email that the organization supports the decisions of some of its members to cancel events and others to move forward, and declined to comment further. Hersil, the county's public health officer, did not respond to a request for comment. 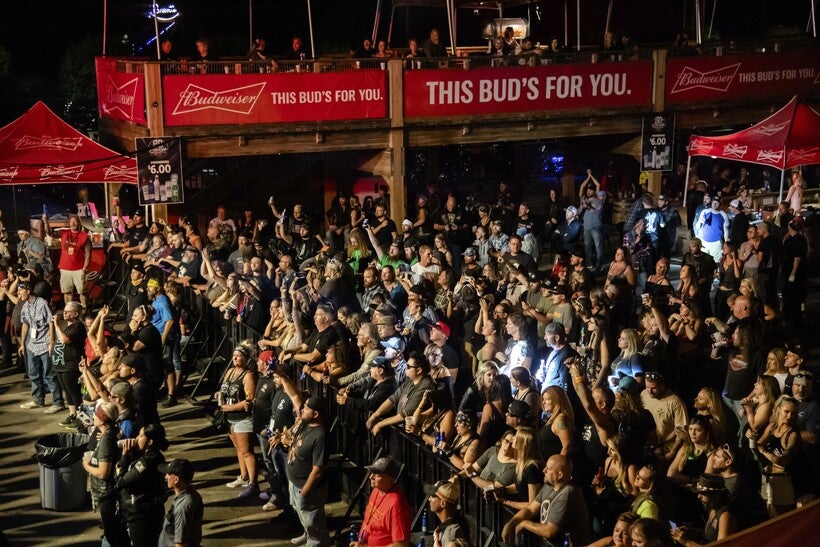 In this Friday, Aug. 14, 2020, photo fans attend a performance by Saul at the Iron Horse Saloon during the 80th annual Sturgis Motorcycle Rally, in Sturgis, S.D. South Dakota health officials warned Thursday, Aug. 20, that a number of people who attended the 10-day Sturgis Motorcycle Rally this month, including some who came from out of state, have come down with COVID-19. Amy Harris/Invision/AP

Tracking the impact of large events on coronavirus infections is challenging because most people who contract the disease at the event won't show symptoms until they are back home. According to South Dakota officials, the direct impact of the Sturgis rally was 260 known infections and one death. But some researchers have suggested the impact could have been vastly larger than that.

A report from the IZA Institute of Labor Economics released this week used anonymized cellphone data to track the locations of people who attended the South Dakota rally. It found that COVID-19 cases rose by between 7 and 12.5 percent in the home counties of people who attended Sturgis, compared to counties without Sturgis attendees. Some, including South Dakota’s governor, have criticized the study and its conclusions.

The Fall Ride is a much smaller event than Sturgis. It's still large enough to be a significant economic boost for Tomahawk and the Northwoods in a normal year. In 2018, the Tomahawk Chamber of Commerce estimated its economic impact at more than $24 million each year across the region.