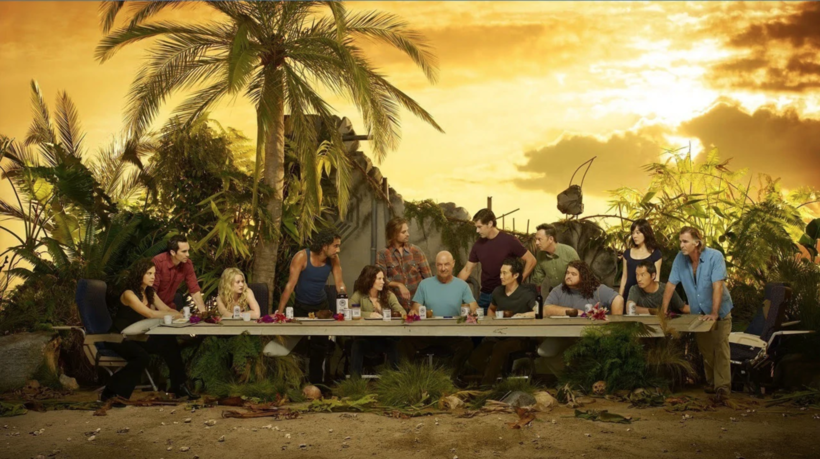 Television Writer, Producer Javier Grillo-Marxuach On The Toxic Culture Behind Many TV Shows

Grillo-Marxuach Also Looks Back At 'Lost,' 'The Middleman'
By Doug Gordon
Share:

Javier Grillo-Marxuach is a television writer, producer and showrunner. He's also the author of two books of essays about his experiences working in TV — "Shoot That One" and "Shoot This One."

"Shoot That One" includes an essay called "The 11 Laws of Showrunning (The Mean Version)" in which Grillo-Marxuach takes on the toxic culture that runs rampant behind the scenes of many TV shows.

"A showrunner is not just a head writer, a showrunner is the CEO of a corporation with 150 employees and a multimillion-dollar budget," Grillo-Marxuach told WPR's "BETA." "And it has a job which is to turn in anywhere from 10 to 22 artisanally created pieces of art. A showrunner needs to be the benign leader of that organization.

"And what a lot of showrunners mistakenly believe is that by being given a series that the world has validated their 'process' you know. And to a lot of showrunners, that means whatever pain I have to drag myself through, whatever psychosis I have to relive, whatever trauma of my childhood I have to revisit on myself, I get to revisit on others so that they may suffer as I have and that’s how the show’s going to get made."

"I keep getting asked the question and it’s a really interesting question because as a Latino, I also get this a lot," he said. "It’s like, when is it going to be over? When will there be enough representation? And my answer is always this: There will have been enough representation when a female writer or a person-of-color writer doesn’t remember a time when they felt unrepresented."

Grillo-Marxuach worked as a writer and producer on the ABC TV series, "Lost," for the show's first two seasons. The show was about a group of plane crash survivors who find themselves stranded in the South Pacific.

"Lost" was a breakout hit, averaging 16 million viewers during its first year. The show had six seasons.

"One of the reasons that the show turned out the way it did is that there wasn’t a lot of time to second-guess anything on it," Grillo-Marxuach said. "It was a massive leap of faith in J.J. (Abrams, co-creator and director of the pilot) and in Damon (Lindelof, co-creator and showrunner) that ABC ordered the pilot because they quite literally ordered it off of an outline." 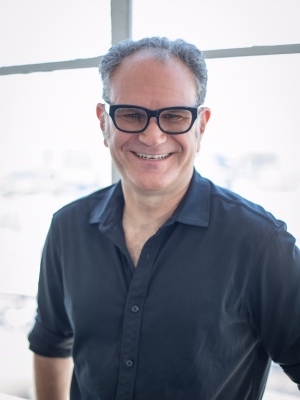 "We were racing to get the show done," he said. "We were writing, we were casting off of the same sides for different characters, we were buying the fuselage of an L-1011 before there was like a complete script, and sending it to Hawaii. So it was one of those things where it was all done in this heat of the moment in a way that I think caught a strange kind of alchemy. It caught a strange kind of lightning in a bottle."

Grillo-Marxuach said there was tension during the mad scramble because ABC expected a story-of-the-week show but the writers and producers knew that they wanted it to be serialized.

"So for me, part of the pride I feel on that is that we were able to take a very traditional model of network storytelling and turn it on its head completely," he said.

"And we realized that it’s hard to come up with a number of compelling stories that are going to carry the equal dramatic weight while being serialized and all that," Grillo-Marxuach recalled. "We came up with this idea, 'Hey! The pilot has flashbacks, why don’t we do flashbacks in the series?' And it was one of those things where like literally minds exploded and we took all of that detail that we had built up over months of brainstorming and made it part of the series."

Grillo-Marxuach realized the huge cultural impact of "Lost" on a visit to the dog park after he struck up a friendship with a man and his dog that was dying of acute canine leukemia.

"His dog was just a sack of bones, he literally was like a bag of brown fur holding a bunch of bones," Grillo-Marxuach said.

One day, they were sitting together on a bench, petting the man's dog.

"We’re talking about the dog and I’m like, 'Look, I’m really sorry.' And he goes like, 'Yeah, I’m sorry, too' And I said, 'You know, he’s not just a great dog. He has a great owner.' And then the guy broke down and then I cried. And then we cried," Grillo-Marxuach recalled.

"And there was this awkward moment where we’re sitting across this bench from each other. And all we know from each other is that, you know, he has a dying dog and I’m very sympathetic to his cause. So out of this awkward moment, he says, 'What do you do for a living?' And I said, 'Oh, I’m one of the writers of 'Lost.'' And literally his eyes saucered out and he shouts. He goes like, 'Oh my God! Can you tell me what’s happening on that island?'"

After "Lost," Grillo-Marxuach worked as a co-executive producer for the supernatural drama "Medium" starring Patricia Arquette and then he created and executive produced his own TV series called "The Middleman."

The titular "Middleman" is a fixer of "exotic problems," including mad scientists, hostile aliens and a super-intelligent ape. The series aired on ABC Family (now known as Freeform) in 2008.

"I just wanted to create a show that had an airframe that could support every absurd thing that we could imagine within the rubric of, 'This is the guy who takes care of keeping reality normal,'" Grillo-Marxuach said. "People always say, 'Aren’t you sad that it got canceled after 12 episodes?' I’m shocked we got to make the thing in the first place."

Grillo-Marxuach's current projects include a prequel series to Jim Henson and Frank Oz's 1982 dark fantasy film, "The Dark Crystal." It's called "The Dark Crystal: Age of Resistance" and will premiere on Friday, Aug. 30 on Netflix.