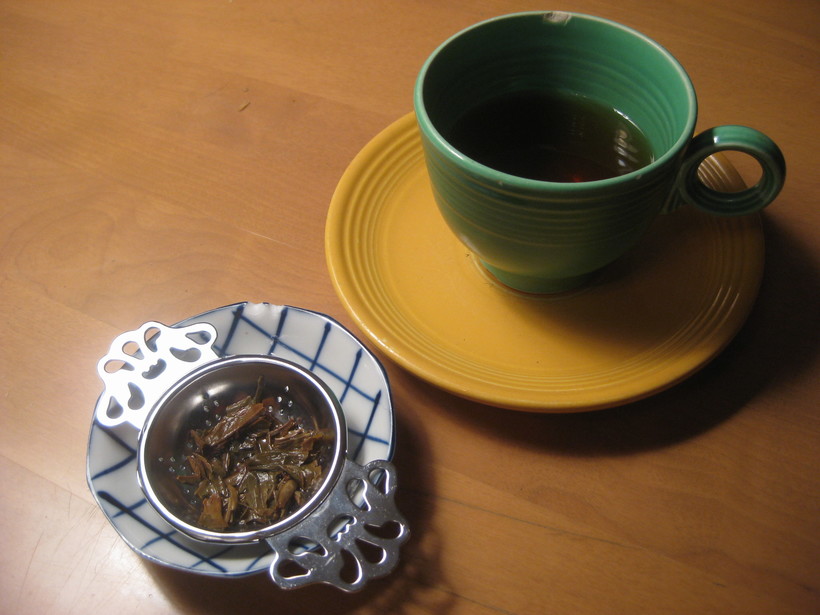 Herbal Teas Are Especially Good Options For Those With Cold, Flu Symptoms
By Elizabeth Dohms
Share:

Anthony Verbrick might be biased, but the owner of Macha Tea Company in Madison argues every day is a good day for tea.

That's especially true now, as many look to warm up with a hot beverage or soothe a body recovering from the flu.

With a background in cooking, Verbrick said his main goal is to ensure the tea tastes satisfying, with an added side effect of it being good for the healing process.

"I approach all my tea blends as if I'm making some sort of dish," he said.

One of his blends is the Turmeric Tonic, which serves as an immunity boost for those looking to ward off the season's ills. Turmeric is especially big now, he said, even despite its bold flavor. In his blend, Verbrick tempers the turmeric with lemon myrtle, ginger, cinnamon, peppercorn and dandelion root.

For those already sick, herbal tea options are good remedy, and Verbrick particularly recommends his Be Well blend — a chamomile-based tea with eucalyptus, mint, ginger and holy basil.

If your problem isn't so much with the flu as much as eating too much during the holidays, Verbrick has an option for that, too. Try Restore, he said, with fennel, coriander, peppercorn, honey bush and rooibos, a bush that is native to South Africa.

"Restore is designed to basically help with digestion," he said. "It soothes an upset stomach."

Black tea is always a comforting favorite, especially with its high dose of caffeine. These teas are fully oxidized and range in flavor depending on where they're grown. There are multiple cultivars used that provide a different taste. Black tea is mostly consumed in the United States and has a lot of caffeine. "It's what's in the soil, how is it grown, what time of year is it picked?" he said. "It's going to have a different taste."

To help get the best taste out of all teas, Verbrick recommends brewers use loose leaves, which he maintains taste better because of more even brewing time.

The alternative, tea bags, are popular because they're convenient and affordable, and they make up about 80 percent of the tea consumption in the U.S., Verbrick said. But people who use them tend to over-steep them, he said.

Verbrick said he doesn't normally recommend a tea ball either, which holds the tea leaves and acts as a strainer, because the leaves need space to expand.

"That's why a strainer in a teapot works well," he said. "It's a little bit larger and allows the tea to expand and you're just going to have a better experience."

Tea As A Ritual This Winter 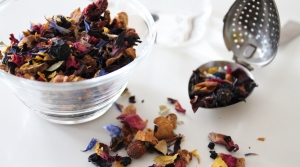 Having a cup of tea, before work or on a Saturday morning, can warm up your body and be a nice break from rushing around. We talk to a Wisconsin tea shop owner about how to test out some loose leaf teas this winter.