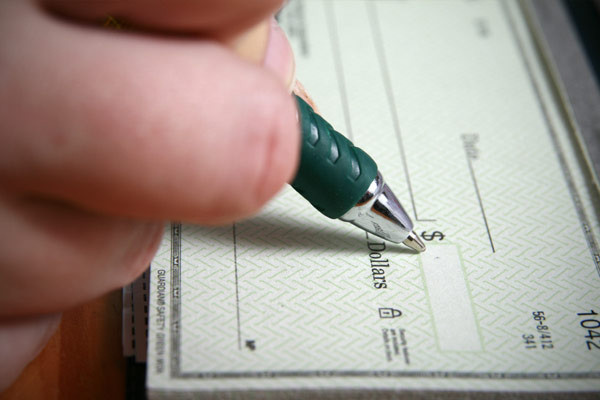 For many families, paying tuition for a private K-12 school or for a post-secondary education can come at significant cost. Happily, there are some tax breaks for such expenses.

Mary Mellem is a tax professional from Green Bay who has been in the business for 30 years. She and her husband David Mellem operate Ashwaubenon Tax Professionals. She explained that there are two plans that facilitate saving for college and have an impact on taxes: the 529 and 530 plans.

Saving For College, Saving On Taxes

While the 530 plans, also called Coverdell Education Saving Accounts, can be used to pay for college, they are geared toward saving for elementary and high school costs. That is because the benefit at the federal level is only for younger studens.  The 529 plans are meant specifically for college. But, Mellem cautioned that the contributions to those accounts aren't deductible on individual income tax returns. Instead, the tax benefits apply to the interest earned because it is not taxed.

“Those two plans allow you to put money into an account and that money grows tax-free as long as it’s used for education,” Mellem explained.

Mellem added that contributions to a 530 plan for elementary school, middle school and high school tuition doesn't come with any type of tax credit or deduction. However, some states have decided to give a tax credit on money contributed to a 529 plan. In Wisconsin, Mellem said, the state's 529 plan is the EdVest program. Residents filing a Wisconsin state tax return can claim a tax deduction of up to $3,050 for contributions to an EdVest account.

The benefits of contributing to a 529 account have actually increased this year. Mellem said that in 2013, contributions had to be made by Dec. 31 in order to count for that tax year. But, for 2014 filings, taxpayers have until April 15, 2015 to get that money deposited.

“Much like your IRAs, you put the money in for the prior year,” Mellem said.

There is a new form — the schedule CS — to attach to a Wisconsin tax return to show those 529 contributions and who the beneficiary is.

Mellem said that those forms can also be used by grandparents who are contributing to a 529 for a grandchild. Previously, she explained, those grandparents had to set up their own account to make those contributions. But due to a recent liberalization of the policies governing those accounts, they can contribute to a 529 set up by the parents and use the schedule CS to reflect that. (More information on recent changes to Wisconsin’s 529 program is available here.)

The White House recently proposed ending the tax-free income benefit on 529 college plans. The stated goal of the proposal was to further simplify the tax code and to focus more on programs that support the middle class. That idea was quickly taken off the table when parents and lawmakers from both major parties spoke out against it.

Tax Advantages Of Other Tuition Payments

Outside of 529 and 530 plans, there are ways to get tax relief on tuition paid. In Wisconsin, starting with tax year 2014, Mellem said that there is a subtraction that can be made for tuition paid to a private elementary, middle or high school that is recognized by the state of Wisconsin. (More information on the subtractions is available from the Wisconsin Department of Revenue here.​)

At the federal level, taxpayers who are paying college tuition for a dependent can reduce their taxable income by up to $4,000 if all the conditions are met. (More information on the deduction can be found here.)

Mellem cautioned that it's wise to get an official statement from the college or university, since only tuition counts to the deduction, whereas not all fees and other costs are considered qualified education expenses.