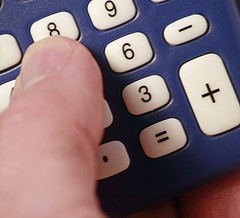 Tax Day Is Months Away But Deadlines Loom

There are so many things going on at the end of the year with holidays, school vacations and dealing with whatever the weather might throw Wisconsinites' way. But, there is also an important deadline for tax purposes hovering nearby.

Dec. 31 is the cut-off date for counting a lot of things towards 2013 taxes and  not hitting those deadlines could mean money when they file their returns, according to Scott Franklin, a Milwaukee-based certified public accountant. (Taxes are part of Franklin's area of expertise as he and joined Kohler and Franklin, LLC in 1995 and concentrates in the firm’s tax, estate planning, business advisory and litigation support practices.)

Charitable donations need to be made by the end of the calendar year to offset that year’s taxes owed. Franklin said people should keep track of the amount given to registered non-profit organizations and the date it was made. And if it is a single gift over $250, the IRS has more specific requirements. According to IRS publication 526, which governs charitable contributions,  “You can claim a deduction for a contribution of $250 or more only if you have an acknowledgment of your contribution from the qualified organization or certain payroll deduction records.”

Purchases in general don’t have a lot of tax implications, but Franklin said that purchases that count as energy-efficiency improvements should be made in 2013 to have any hope of a tax benefit. There are both annual and lifetime tax credit limits on those windows, doors, furnaces and other energy-saving equipment, as well as the credit only being a percentage of the cost of the improvements made. So, be sure to check before making a purchase in order to get a tax credit.

On the other hand, if those purchases are on a homeowner’s to-do list and they haven't maxed out on the credit previously, this is a good time to do it.

“This appears to be the last year of the energy-efficiency credit as currently enacted,” Franklin said.

On the income tax front, estimated quarterly federal tax payments for self-employed people should be done by the end of the calendar year even though the state of Wisconsin doesn't require the final quarterly until Jan. 15 of the following year.

New for 2013, Franklin cautioned, is that higher-tax-bracket earners should ensure that their estimated tax payments are adequate, since some individuals will be paying more because of the Affordable Care Act. This will impact taxpayers with an adjusted gross income of more than $250,000 filing jointly or more than $200,000 filing a single return.

There will be an additional 0.9 percent of tax levied on that group for the Affordable Care Act, as well as an additional 3.8 percent net investment income tax on capital gains, interest, dividends and some other sources of income. Franklin said that these changes could mean a higher amount of tax owed on more or less the same amount of income.

“So, a lot of our clients are just wanting to make sure that they’re paid in sufficiently so that they don’t have surprises come April,” he said.

Whether a person is in one of those high-tax brackets or not, Franklin cautioned that it’s always a good idea to run estimated net income through tax preparation software or to look at resources like the IRS or a tax preparer to “crunch the numbers and make sure that your withholding is what it should be based on, at this point, almost a full year’s income, and you should be able to go out and play around with some of the software programs if you do it yourself, or with your paid preparer to see if your withholding is enough so you won’t owe, or won’t owe a lot.”

On the other hand, people don’t want to be significantly overpaying on their estimated taxes either. Franklin described people who get a big refund as “making a tax-free loan to the government.”