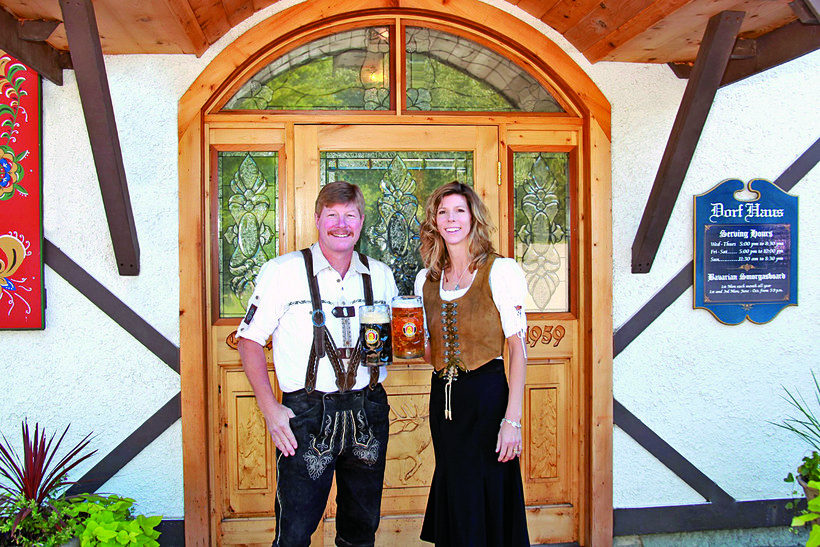 Supper clubs are as iconic in Wisconsin as brandy Old-Fashioneds, prime rib, and the Friday night fish fry — and they happen to be locations where you can count on finding all of these things.

But Mary Bergin, a food journalist and author of a new book collecting recipes from dozens of Wisconsin supper clubs, said that supper clubs "in a perfect world" share a number of characteristics beyond just the food and drink.

Those might include bright neon signs out front, dim lighting inside, and an atmosphere friendlier to couples than family dining.

"(It would be) locally owned for many generations, in a rural area, or maybe overlooking a lake," Bergin said. "Big portions — enough that you would have another meal to take home."

But, she added, time has changed many traditional supper clubs, and there’s great variation among those in the state. That’s OK, she said, because ultimately the supper club is about the attitude of belonging these restaurants cultivate.

"You’re walking into a friendly environment, you have restaurant operators that want you to feel at home," Bergin said. "I think at a supper club, you immediately feel like you belong."

Bergin shared some recipes from classic institutions that she included in the "Wisconsin Supper Club Cookbook":

Place ground crackers in large bowl. Combine with salt, pepper, and parsley. Split the mixture in half and place into two flat dishes. Pour buttermilk onto a third flat dish.

Place olive oil and butter in large sauté pan over high heat. Add breaded fillets and cook until golden brown, about seven minutes. Flip to cook the other side. Remove from heat.

Place fillets onto greased baking sheet. Cover each with ¼ cup of shredded cheddar cheese. Bake 2 minutes, or until cheese is completely melted. Serve with succotash.

Serve this entrée with a potato puree and garnish with chopped parsley. When the dish originated in the 1950s, Joey Gerard’s chef Andrew notes, it was one of many tableside dishes popular at the time. A brandy flambé of the sauce would add "a bit of showmanship."

Preheat oven to 400 degrees. Season steaks with salt and pepper. Heat corn oil in 12-inch sauté pan and sear steaks over medium-high heat until both sides are browned.

Turn heat off. Transfer meat to a baking dish and place in oven until they are cooked to your liking (eight to 12 minutes).

Add brandy and white wine to sauté pan. Be mindful to not ignite the alcohol. Stir and cook the liquid until it is almost gone. Add beef stock and mustard. Cook until reduced by half.

Add cream and cook until sauce is of a nice, creamy consistency. (It will coat the back of a spoon.) Stir in soy sauce and Worcestershire. Adjust seasoning. Spoon sauce over steaks.

Nothing goes to waste in German cooking, and that includes chicken livers, which are cooked and mashed into a smooth spread for crackers.

Blend livers and onions in food processor until smooth. Move to a small mixing bowl.

In a separate bowl mix mayonnaise, vinegar, salt, and pepper. Add to liver mixture until consistency is firm but wet. Add Tabasco sauce.