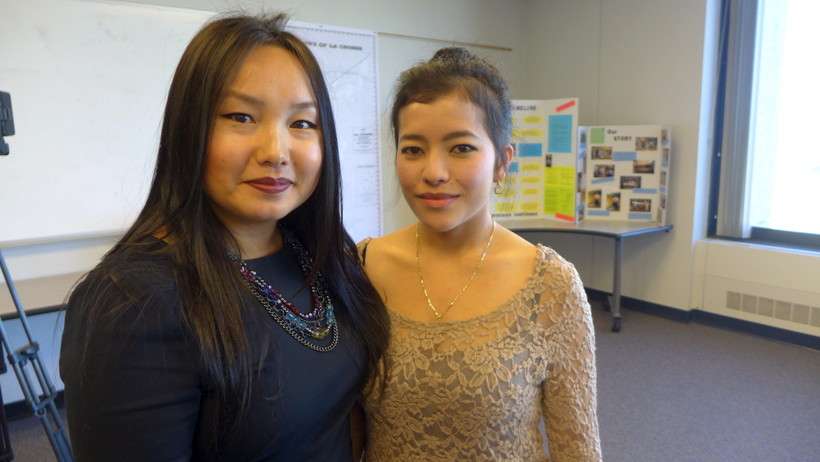 Hmong residents who have recently become U.S. citizens were honored earlier this month at a celebration in La Crosse.

Kymi Moua of Holmen was only a few months old when her family moved from Thailand to the U.S., but she never thought much about becoming a U.S. citizen until her mother did and voted in the last presidential election.

Now, at age 34, Moua said she’s much happier as a citizen.

“It’s an honor to be able to pledge your citizenship to a country that you live in and believe in. Aside from voting, that’s some of the reasons why, too,” she said.

Over the last two years, a task force formed by AMOS, an interfaith social justice advocacy group, has helped Moua and more than 50 other Hmong residents in the La Crosse area become citizens. Volunteers help applicants fill out paperwork, study for the citizenship test and provide financial stipends.

Hmong Advocacy Task Force Chairwoman Patricia Soell said Hmong leaders identified the need for application assistance. She said it was a great way to work with Hmong refugees and their families.

“It’s 'pay it forward,'” said Soell. “Being able to pay it forward to be of help, to be of assistance to our Hmong brothers and sisters was very important.”

Soell said the citizenship project is on hiatus until the task force finds a new person to lead the group.