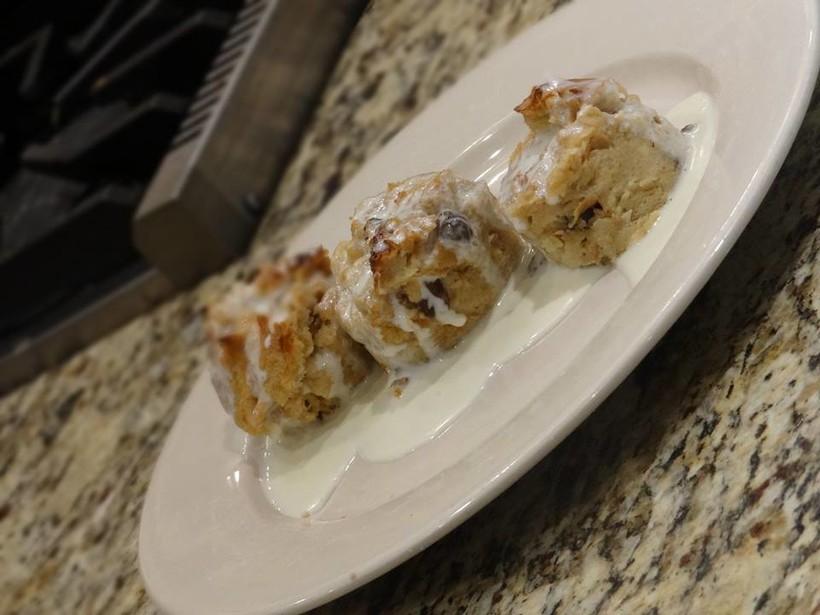 Tap Into Cajun And Creole Cooking This Mardi Gras

A Green Bay chef is encouraging people to give deep southern cooking a try.

Ace Champion is a Louisiana native who brought his Cajun and Creole talents to Wisconsin 11 years ago. He described life in Amite City, Louisiana, as "rough" due to its high level of poverty, and spent his weekdays working at a sausage plant and weekends as a chef. Then, some friends he used to live with, who had moved to Green Bay, urged him to head north where there was more opportunity.

"The fact that no one’s really doing Cajun-Creole out here was a bonus for me because being a good cook in Louisiana is like being a good cheesemaker in Wisconsin," Champion said.

While Cajun and Creole are often confused, there are distinct differences. Cajun refers to the food that’s prepared by the people who live in the bayou areas – typically alligator, raccoon, squirrel, rabbit and turtle, and is heavily spiced, Champion said.

"Oh my God, you need lots of spice to sit down and eat a big bowl of turtle soup," he quipped.

Creole, on the other hand, primarily consists of the high-end food found in New Orleans and is a blend of French, South African, Indian, Spanish and other cuisines. That’s what Champion specializes in.

For those who wish to try their hand at home, Champion — who also hosts the "Cook Like a Champion" television show and authored the book, "8 Steps To Your Perfect Meal" — said there are two very important techniques to follow.

The first is to research recipes to find one that’s authentic and properly tested. A lot of people go wrong, he said, by opting for the first recipe they find online, which is by no means a guarantee that it will yield good results. Instead, individuals should be specific with their online searches.

"If we’re looking for gumbo and we know it’s from Louisiana, I would Google search, 'find the best New Orleans gumbo' or 'the best Louisiana gumbo,'" Champion said. "If you just put 'gumbo' in there, you might get somebody’s Texas version of gumbo with Tex-Mex in it. You never know what you’re going to get."

He also offered this bit of caution: most Cajun and Creole dishes require extended time in the kitchen, so a healthy dose of skepticism toward a "quick fix" may be wise.

Once a recipe is selected, visualize the entire process. He recommended people read the ingredients and the procedure, and imagine themselves doing each step, such as stirring the pot or taking it off the heat. That way, when individuals are cooking for real, it’s going to feel like déjà vu.

Champion also highly-advised having all the ingredients measured out, prepped and ready to go so people can fully enjoy the cooking process. In addition, he implored people to make sure those ingredients are of high-quality, because not only will the food taste better, it will be better for them.

That philosophy has become engrained in Champion’s cooking since having a stroke at age 30, partly due to hereditary high blood pressure, which left him blind in his right eye. Doctors also told him he needed to give up smoking and improve his diet. It was that experience, he said, that sparked his "food revolution" toward healthier habits.

"I really want people cooking for themselves, because I really believe that obesity, all the sickness that’s going around, it’s all tied to what you put in your face, in your mouth," he said. "They put it best — you are what you eat."

Champion also had one final piece of advice when it comes to cooking: have a positive attitude. Don’t allow negative thoughts like, "This is going to take forever" or "I can’t do this," to fester.

"All that negative energy actually creates more negative energy, so it’s very important to keep a positive attitude when you’re in the kitchen to attract positive results," he said.

So, take that can-do spirit and give these Cajun and Creole recipes by Ace Champion a try.