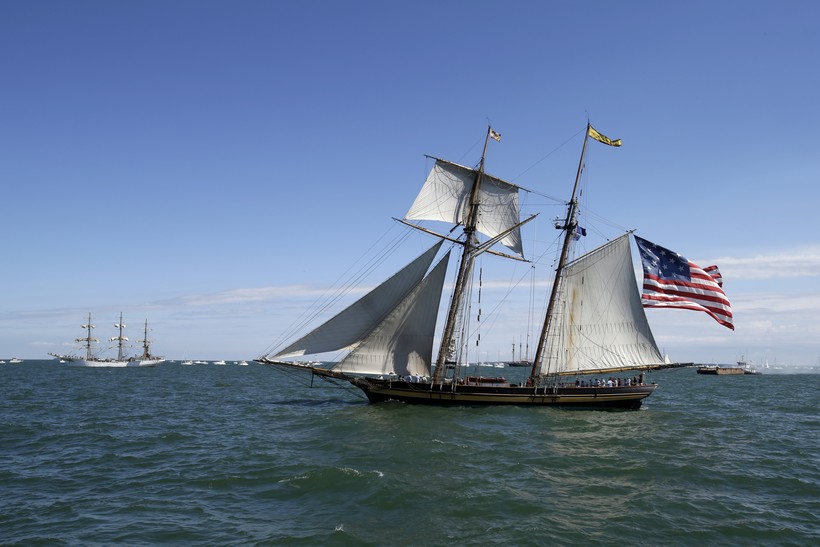 The Pride of Baltimore during a 200th anniversary reenactment of the Battle of Lake Erie during the War of 1812. Mark Duncan/AP Photo

Green Bay’s waterfront is traveling back in time this weekend as nine very tall ships will line the bay for the Nicolet Bank Tall Ships festival that is expected to draw 60,000 people.

The festival, which happens once every three years, runs Friday to Sunday at Leicht Memorial Park and will feature ships as tall as five stories high, the world’s largest rubber duck, fireworks and sailing tours, said Holly Williams, vice president of events for PMI Entertainment Group, which is putting on the event.

"Some of them are exact replicas of what would have been sailing through in the 1800s," she said. "We actually have a picture from the Neville Museum from 1913 when the (U.S. Brig) Niagara actually visited Green Bay back then — we have the replica here with us today." 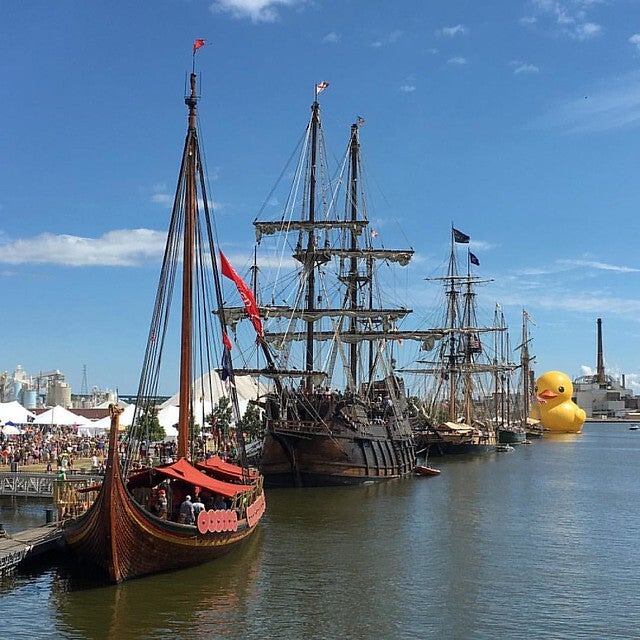 Ships from Nova Scotia to Spain will be featured in the festival, including an exact replica of the Santa Maria, which sailed from Spain and has multiple decks on multiple levels and period design for visitors to tour.

These ships have been places, Williams said. The Pride of Baltimore for one has covered more than a quarter million nautical miles and 40 countries since it launched several decades ago.

Ticket holders can also get out on the water in three of the ships — Inland Seas, Windy and Appledore IV — for 90 minute trips down the Fox River to the mouth of the bay and back, along with a longer 3 hour sailing opportunity.

"Every ship is different," Williams said. "The mission for most of these ships is sail education, so they are very interested in teaching everyone about maritime history, how to physically sail a ship."

Sunday is Family Day, the highest attended day, Williams said. And one of the event’s biggest attractions is the rubber duck, which made her debut in 2016.

"Mama duck is about seven stories high, so she will be the tallest thing in Green Bay this weekend," she said.

The ships will say their farewells to Green Bay on Sunday, when they’ll head up to Sturgeon Bay, dock overnight, then travel on to Algoma for the Great Lakes Challenge race. 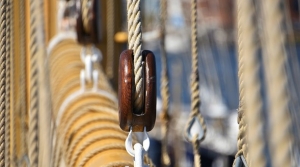 Nine tall ships are in Green Bay this weekend for a three day festival expected to draw thousands of visitors from across the state. We learn about the maritime history behind these vessels, how people can catch a glimpse, and where to take in all the other sensory fun this festival has to offer.