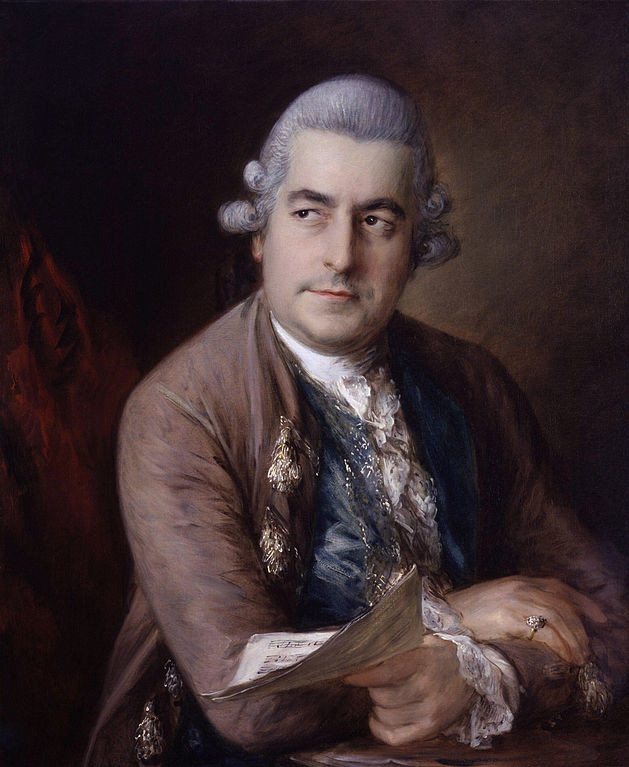 The popularity of his music was waning and he was in debt and ailing, but during his last days, John Bach enjoyed life.

After twenty years of eclipse, the eleventh son of Johann Sebastian Bach had restored his reputation as an opera composer by succeeding with La Clemenza di Scipione. His friend Thomas Gainsborough painted a portrait of the composer, showing a dynamic man in his mid-forties.

Each spring Bach went with the Court of George III to their palace at Kew to the southwest of London. In 1781 the diversions there included afternoon boat processions on the Thames that accompanied the eighteen-year-old Prince of Wales to the promenade at Richmond. Friends of Bach owned a decked yacht, “elegantly and conveniently fitted up,” and often hosted Bach and his wife, Cecilia. Another frequent guest was a young singer, a Miss Cantelo, whose career Bach was eager to advance, and during the cruises, she sang often with Cecelia, whose voice was said to sound beautiful on the water

Morning and evening musical parties included the King’s Band of Musick and, with a friend, Bach played fortepiano duets. The Prince of Wales, later to become George IV, was a good singer and cellist. He joined in the quartet parties and adapted music for them.

In that jovial environment, Bach enjoyed a good joke. He bet oboist Johann Christian Fischer five guineas–a hefty sum--that he couldn’t play his own minuet on his own instrument. The confident Fischer was quick to take up the bet.  He sat down and began playing. After a few bars, Bach stood in front of him and started chewing a lemon, allowing the juice to trickle down his chin. Fischer’s mouth began watering, putting a damper on his performance and forcing him to concede the wager.

In ways large and small, John Bach made the most of the last of his forty-six years.