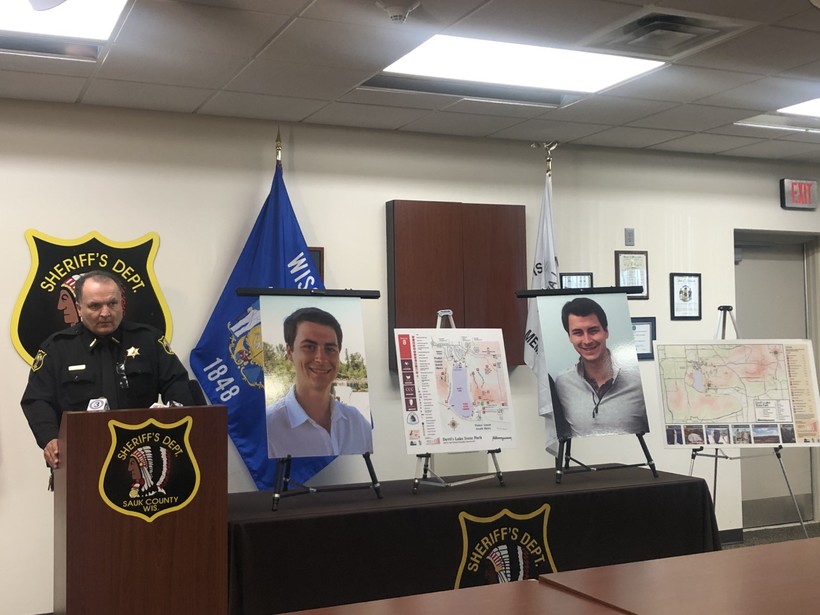 Sheriff Confident There Is 'Someone Out There Who Knows, Or Suspects They Know, Who This Person Is'
By Rachael Vasquez
Share:

Authorities in Sauk County say they are still looking for a suspect they believe stabbed and killed a Wauwautosa man at Devil's Lake State Park in October.

In a press conference Wednesday afternoon at the Sauk County Law Enforcement Center in Baraboo, the Sauk County Sheriff's Department asked for the public's help identifying the person responsible.

"Crimes like these are very often solved with community members who report critical information to law enforcement," Sheriff Chip Meister said at the press conference. "We are confident that there is someone out there who knows or suspects they know who this person is, and we await their call."

The victim is 24-year-old Wauwautosa resident John Craig Schmutzer, according to the Sheriff's Department. The stabbing incident happened on Oct. 14, when Schmutzer was hiking alone on a trail on the south side of Devil's Lake State Park in Baraboo. 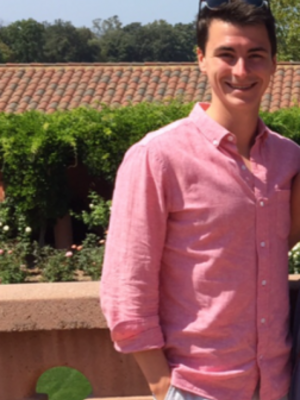 The University of Wisconsin Hospital in Madison performed an autopsy on Oct. 15 and confirmed the death was a homicide. The cause of death has been determined to be stabbing.

In the press conference Wednesday, officials said the person believed to have committed the crime may be a danger to themselves or others.

In a Facebook post on Oct. 15, the Sheriff's Department described the suspect as a man between 5 feet, 10 inches and 6 feet tall. Officials said he was wearing a "dark colored head covering and a dark colored face covering."

Sauk County Detective Lieutenant Christopher Zunker said that, at this time, they believe the suspect did not know Schmutzer. He said he doesn't think there's any danger to people specifically around Devil's Lake State Park, but urged Wisconsinites to be cautious while law enforcement looks for the suspect.

"There is a suspect of a homicide that is at large right now," Zunker said. "So there's a risk to the community in any community they are in."

Zunker added that the suspect may be showing signs of worsening stress and anxiety.

"This individual is likely to become increasingly angry and abusive," Zunker said, warning that he may show poor ability to control his emotions and has "the potential to act impulsively and disregard possible consequences."

Zunker said the suspect would be someone who carries a knife with him. The suspect may also be identifiable through possibly having injured himself during the stabbing — he may recently have had blood on his clothes, or may have sought treatment for injuries, Zunker said.

Authorities ask that anyone with information on the incident or anyone who suspects they may know someone involved in the stabbing call the Sauk County Crime Stoppers at 1-888-847-7285. Callers can remain anonymous, Zunker said, and may be eligible for an award.

The Wisconsin Department of Natural Resources and the Sheriff's Department started investigating the homicide on Oct. 14.

In reflections and memories about Schmutzer provided by the Sheriff's Department, friends, co-workers and other loved ones remembered him as kind, someone who loved learning, and "had a marvelous smile."

One said, "It was a privilege to be called his friend."