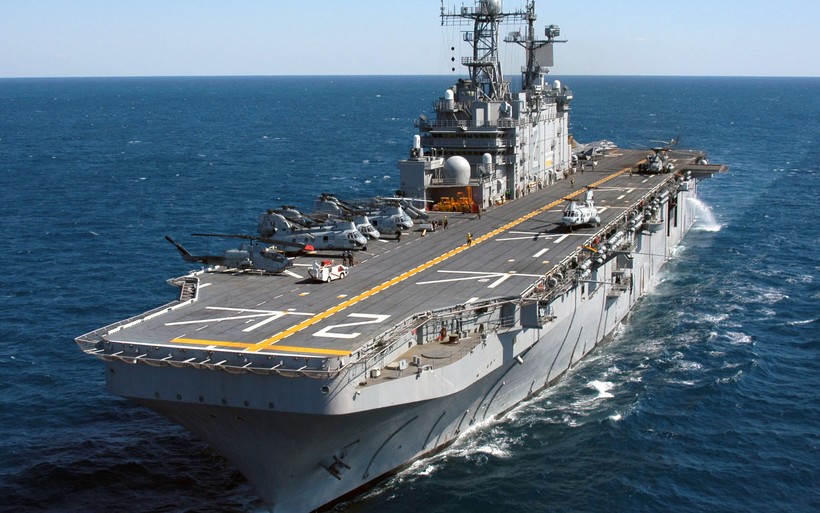 In Washington, and on the campaign trail, politicians seem to be favoring an increase in defense spending. But the American people may not be quite as sold on the idea.

A new Citizen Cabinet survey from Voice of the People gave participants the chance to form their own mock defense budgets after hearing pro and con arguments. Some 61 percent chose to cut defense spending, signaling that voters and elected officials may not be on the same page.

"We’re trying to put people in the shoes of policymakers, and then they can actually give input to the real choice points members of Congress are dealing with," said Steven Kull, president of Voice of the People.

Kull noted that when it comes defense spending, people have strong opinions both ways: "It’s by far the biggest item in the discretionary budget," he said. "It’s a major investment we make as a nation, and people have concerns about it being too much, and they also have concerns about whether we have all the necessary capabilities to defend our interests."

Kull’s survey indicated that support for slimming down the budget wasn’t necessarily a partisan issue among participants.

"Democrats overall did reduce it, independents did reduce it — not by a lot, but they did some," he said. "Republicans didn’t either increase or decrease it, but you do find overall some desire to basically trim it a bit."

In his latest budget proposal, President Barack Obama called for an increase of spending: He wanted $583 billion to go to the Pentagon, up from $573 billion in 2016.

The issue of defense spending has also come up on the campaign trail, and could provide an interesting contrast between the candidates.

"It’s an interesting run, because we do have candidates who are actually taking different stands in more or less detail," said Bradley Peniston, deputy editor of the news site Defense One.

On the Republican side, Ted Cruz has called for rebuilding the military, using funds gathered through a mix tax reforms, spending cuts, and the sale of federal assets and properties. His challenger, Donald Trump, has called for building a military "so strong, nobody’s going to mess with us," but doing it in a way that costs "a lot less."

On the Democratic side, an arguably starker contrast has emerged.

"You have Hillary Clinton, who has not explicitly called for more defense spending, but who vows to keep the U.S. military the best equipped and strongest in the world," Peniston said. "You have Bernie Sanders, who at one point in his career, called for cutting Pentagon spending in half. Now, he’s backed off of that, and now he just says we need to take a hard look at spending, but that’s where he’s coming from."

Should Sanders call for a big cut to the defense budget, he’d be in the minority among former Democratic presidential candidates.

"No Democrat has actually called for cutting Pentagon spending, even as much as 10 percent, since George McGovern in 1972," Peniston said.

Compared to other nations, the United States remains the largest military spender by far.