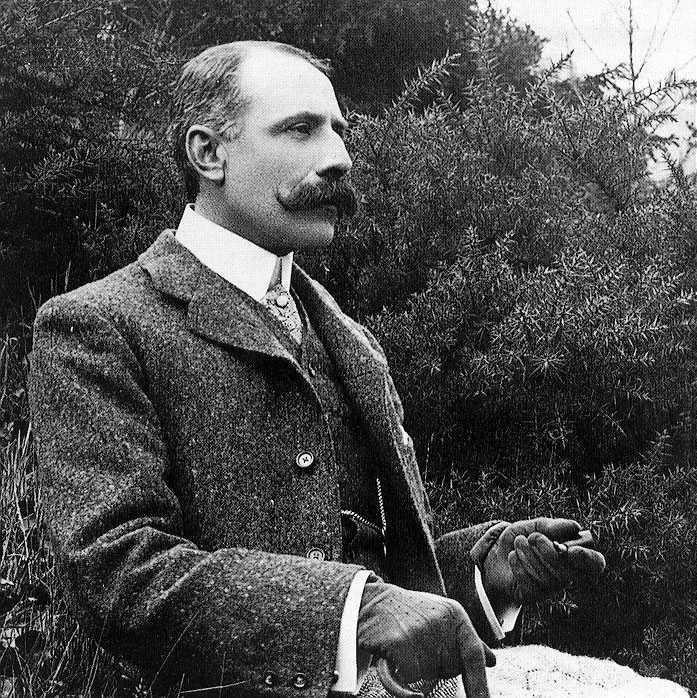 At the age of twelve, Edward Elgar had his debut as a composer–much to his father’s displeasure.

Elgar’s father was a piano tuner and a dealer in sheet music. Young Edward grew up surrounded by scores, and at an early age he became fascinated by the process of turning a printed page into music. The child could improvise on the piano and organ, but he became eager to demonstrate his powers as a composer, and the 1869 Three Choirs festival gave him the chance to do just that.

The annual event, which rotated from his hometown in Worcester to Hereford to Gloucester, was his first experience with choral and orchestral music on a grand scale. Elgar’s father performed among the second violins, his Uncle Henry among the violas. Elgar attended his first festival in 1866, at the age of nine. It featured Beethoven’s Mass in C, which inspired young Edward to tell a friend, “If I had an orchestra under my own control and given a free hand I could make it play whatever I liked.”

Three years later he would do something very much like that.

At the 1869 festival Handel’s Messiah was to be performed. The parts were to be supplied by Elgar’s father’s firm. The boy had written a little tune and was very proud of it, so proud that he thought the public should hear it.

While his father labored over the printed parts, Elgar also went to work, copying out his tune and inserting it into the score of Handel’s Messiah.

“The thing was an astonishing success,” Elgar recalled years later, “and I heard that some people had never enjoyed Handel so much before! When my father learned of it, however, he was furious!”

Despite his successful, if unauthorized, debut as a composer, young Elgar was more attracted to playing the violin. After he had mastered a part in Messiah, he proved such a natural fiddler that his father started taking him along for monthly performances by the local Glee Club.