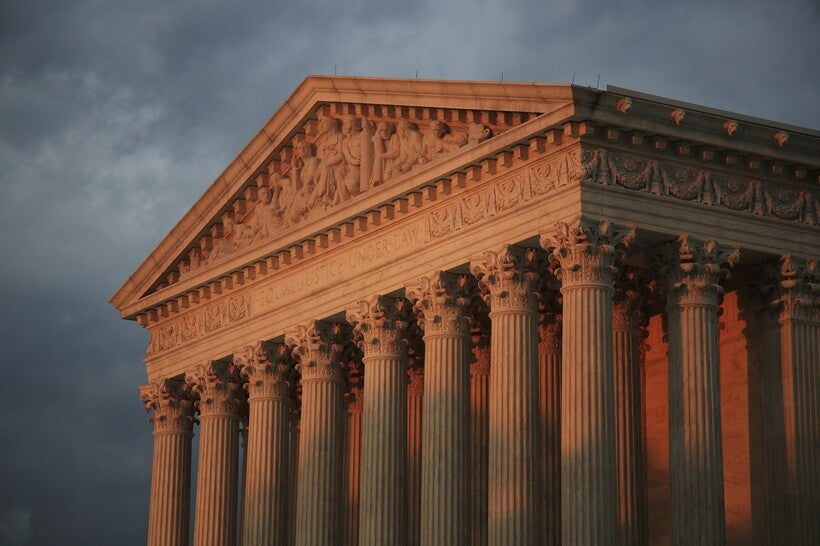 In this Oct. 4, 2018 photo, the U.S. Supreme Court is seen at sunset in Washington. Manuel Balce Ceneta/AP Photo

More Than 2 Dozen States Have Similar Laws
By The Associated Press
Share:

The Supreme Court is grappling with a Wisconsin law that allows law enforcement to draw blood without a warrant from suspected drunken drivers who have become unconscious.

It wasn't clear from arguments in the case Tuesday how it will come out, but the case may be one that splits the court along ideological lines.

Wisconsin law says that when a motorist suspected of driving under the influence of drugs or alcohol is unconscious, their blood can be drawn without a warrant.

Lawyers for a motorist whose blood was drawn under those circumstances say Wisconsin's law violates the Fourth Amendment's prohibition against unreasonable searches and seizures. They argue police should have gotten a warrant to draw blood. Wisconsin disagrees.