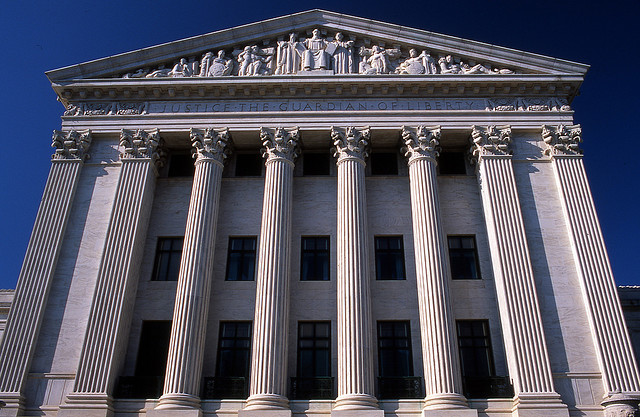 Advocates of campaign finance reform in Wisconsin aren't happy with today’s U.S. Supreme Court ruling lifting the limits on how many candidates wealthy individuals can contribute to. But others are cheering the ruling as a victory for free speech rights.

The ruling does not increase the amount of money a donor can give to any one candidate – that remains capped at $2,600 per election. But it struck down a law that limited total political contributions per election cycle to $123,000. That means individuals can spread more money over a larger number of candidates.

Jay Heck of Wisconsin Common Cause says the result will be an increase in the amount of out-of-state money from wealthy donors flowing into Wisconsin congressional elections.

“And the problem with that is that it would make those candidates running for office much more dependent on wealthier individuals who have the capacity to make larger campaign contributions, and the voice of (the) middle class and people who are not wealthy would be even more shut out of the process,” said Heck.

But according to Rick Esenberg of the Wisconsin Institute for Law and Liberty, the ruling is consistent with protecting free speech rights. Esenberg says he doesn't believe critics who say lifting contribution limits makes money equal to speech.

“Money facilitates speech,” said Esenberg. “What the court is basically saying is you have a right to associate with a candidates and you ought to be able to associate with as many as you wish to and are able to, and the fact that you might associate with 20 instead of 10 doesn't prevent the risk of corruption.”

Esenberg's law firm law firm is challenging a Wisconsin law that limits the total amount a donor can give to candidates in a state election. He says ruling makes it more likely a federal court in Milwaukee will strike down those limits as well.