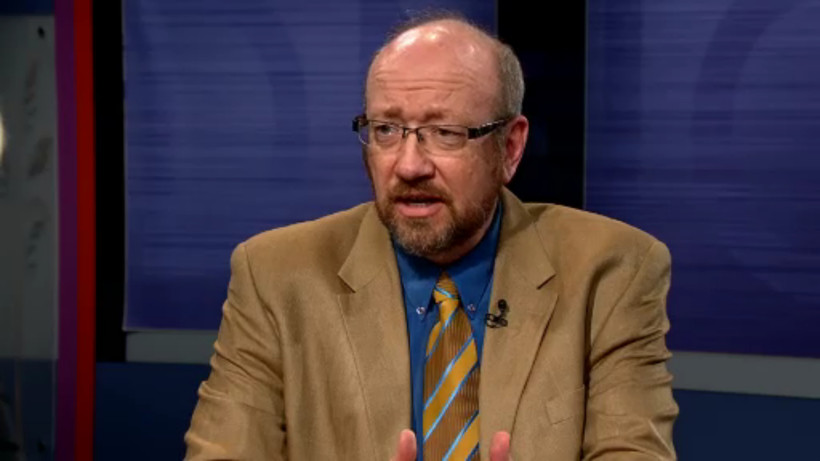 “When I look at these rules, they're surprisingly similar to states that oppose the ACA,” said Bobby Peterson, who directs the group ABC for Health. Photo courtesy of Wisconsin Public Television.

ACA Advocates Say Wisconsin's Rules For Those Helping Public With Exchanges Are Too Stringent
By Shamane Mills
Share:

Supporters of the Affordable Care Act (ACA) are opposing Wisconsin’s rules for those helping others sign up for insurance.

States vary in their oversight and preparation of “navigators” and certified application counselors, specially trained people who help others understand the online marketplace and the plans sold on them.

Bobby Peterson, who runs a public interest law firm called ABC for Health, said background checks, training, a written exam and fees go beyond what is required of others who do similar work, such as those who advise the elderly or people with disabilities about benefits.

“When I look at these rules, they're surprisingly similar to states that oppose the ACA,” said Peterson. “You don't see these rules in states that supported the ACA or built their own exchange.”

Wisconsin unsuccessfully sued to stop health reform and opted for a federal exchange instead of running its own. At a legislative hearing on the navigator requirements, some lawmakers questioned whether the strict rules on what navigators can say and do has a chilling effect.

State officials say only insurance brokers are allowed to tell a consumer which plan best suits their needs.

State restrictions on federal navigators were recently blocked in Missouri by a federal judge. Although that ruling does not apply to Wisconsin, health reform supporters say it should give Wisconsin regulators pause about the state's own rules.