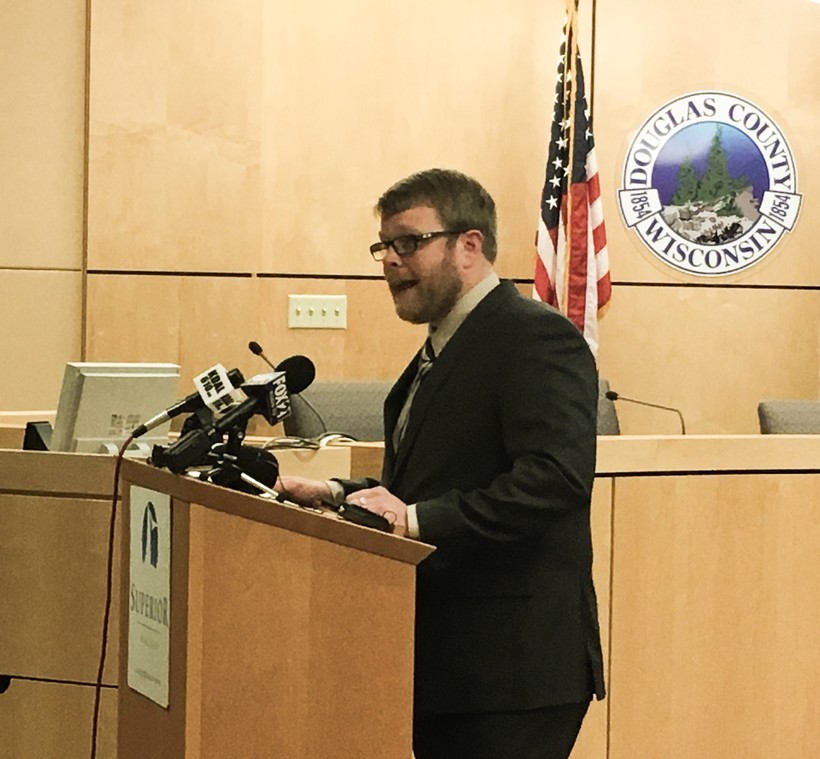 Superior’s mayor is calling for the resignation of a Superior city councilor who is facing criminal charges after pointing a loaded gun at his fiancé.

“If you are charged with a felony and looking at potentially months in court to resolve said felony and are unable to attend to your duties, then I don’t think you can effectively represent your constituents,” Paine said.

Superior’s mayor said the charges against Garfield are very serious.

“It is important that we do not minimize the severity of this situation nor attempt to simply move on,” he said. “There is a victim here. That person cannot minimize what happened.”

Paine said he reached out to Garfield’s fiancé to show his support.

“It was a private conversation, but my understanding is that she’s doing okay,” he said.

Attempts to reach Garfield and his fiancé were unsuccessful. Garfield was recently re-elected to the city council by one vote. A recall election couldn’t occur until one year after taking office. A preliminary hearing for Garfield is scheduled for May 3.