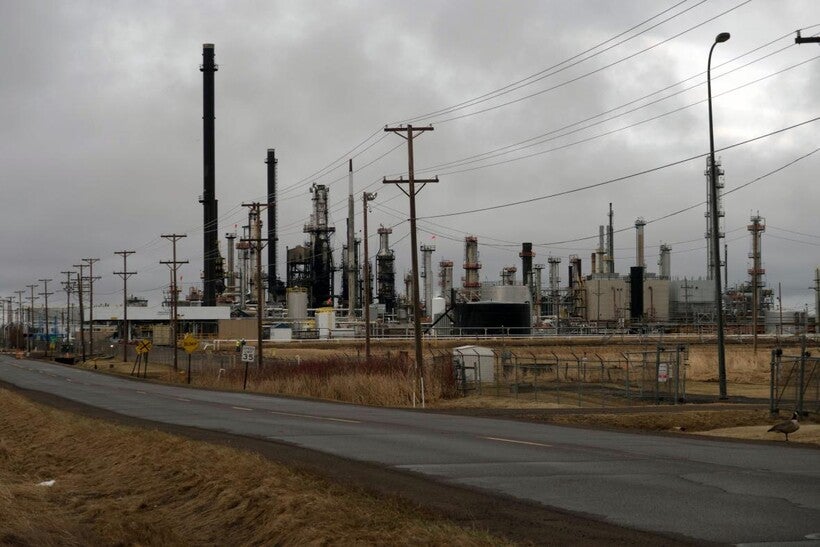 The city of Superior will begin accepting and treating wastewater from Husky Energy’s oil refinery under a new deal reached with the company. The agreement was prompted after the refinery explored several options to meet Wisconsin’s stringent phosphorus standards set back in 2010.

The oil refinery has its own wastewater treatment plant that currently discharges into nearby Newton Creek.

Superior Mayor Jim Paine announced the move this week during his State of the City Address.

"We’ve reached an agreement with the Husky oil refinery to end their discharge of water into Newton Creek, and, therefore, Lake Superior, and begin discharge into our municipal wastewater treatment system, which will help us protect Lake Superior and bring over $1 million in new revenue to the city of Superior," said Paine.

"The effluent is also going to be discharged into a big body of water versus Newton Creek, which already has some environmental issues," said Nelson. "When you take that effluent out of Newton Creek, it’s only going to be better for the creek and the organisms that are living in it."

Among those environmental issues are trace amounts of chemicals found in firefighting foam, which contains per- and polyfluoroalkyl substances known as PFAS. WPR reported in February that water sampling at the mouth of Newton Creek, which spills into an inlet of Superior Bay, found levels of some types of PFAS as high as 230 parts per trillion several days after the refinery explosion. Recent sampling results show less than 10 parts per trillion of both chemicals.

The company is using a granular activated carbon system and resin to treat for the chemicals, and the Wisconsin Department of Natural Resources has said levels present are no cause for concern.

Wastewater engineer Eric de Venecia with the DNR said the company will continue to treat for the chemicals, as well as oil and grease under its permit. In the future, he said, the company plans to separate its refining wastewater from stormwater, noting firefighting foam used to douse fires last year collected in the refinery’s stormwater ponds.

The agreement for Husky to send its wastewater to the city comes as the refinery seeks to comply with more stringent phosphorus standards established around a decade ago. Phosphorus is a nutrient that contributes to algae growth in streams, lakes and rivers. The state has sought to reduce nutrient pollution from sources like wastewater treatment plants and farms.

The refinery currently is complying with an interim limit of 1 part per million or 1 mg/L, but it would have to meet a phosphorus standard of .075 mg/L for discharges to Newton Creek under the rule set in 2010. Husky is required to meet the phosphorus limit by 2021 under its existing permit.

The company explored several options that included reducing phosphorus levels, additional treatment technology and discharging to the Nemadji River. However, the move to discharge wastewater to the city, which the DNR calls regionalization, was the least expensive option for Husky, said de Venecia.

In an April 13, 2018 letter, Husky informed the DNR that it could possibly comply with the phosphorus standard "but only after installation of major capital equipment and application of costly additional water treatment chemicals."

Additional treatment technology would have cost around $2 million to install plus an additional $70,000 in annual operating costs, according to the DNR. The state also offers water quality trading and adaptive management as other options to comply with standards. The refinery told the agency none of the options applied to its situation.

In a statement, a Husky spokeswoman said the company is committed to sending its wastewater to the city for treatment.

"For the refinery to be able to discharge to the city’s wastewater treatment plant, a permit from the city of Superior is required," said spokeswoman Kim Guttormson. "Those discussions are underway."

Nelson said the city could begin accepting the refinery’s wastewater as soon as July. However, she noted the city’s pre-treatment permit will require Husky to install a sampling unit and link up with the city’s sewer system, which may not occur until the refinery resumes normal operations.

The refinery expects to resume partial operations in 2020.