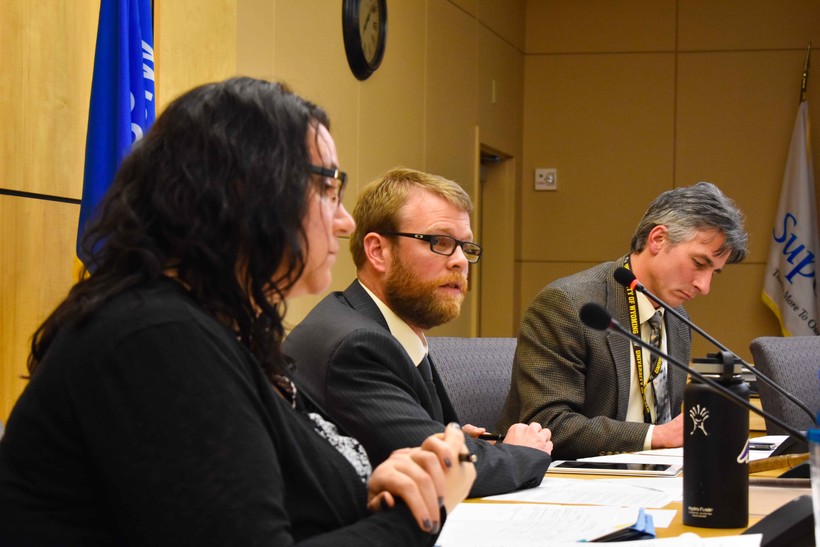 The remarks of a Superior city councilor have led to legal action from the city's attorney, who claims comments about the quality of his work rise to the level of slander and libel.

City Attorney Frog Prell recently filed a notice of claim against Councilor Jenny Van Sickle following comments she posted on Twitter about a legal opinion that he authored. The opinion was issued as part of a review of methods that could be used to resolve a dispute over selecting the City Council's president.

The tweet on Van Sickle’s Twitter account, which is no longer public, said Prell has a "long established reputation of repugnant incompetence" and that the opinion was the result of "pure laziness."

Prell's attorney Jeff Scott Olson said her comments could be damaging to his reputation.

"We wanted to protect Mr. Prell's right to go forward with damages litigation in the future should he choose to do that," said Olson.

Van Sickle said in an email that residents were witnessing an institutional revolt "and a status quo that aggressively attacks dissent and criticism."

"I don't worship every person that holds power at city hall and I intend to keep working to redistribute that power to people who have been left out for too long," wrote Van Sickle.

The comments stemmed from a disagreement among councilors over how to choose the council's president. Since April, one councilor has abstained from voting to prevent the mayor from breaking a tie to select the body's next leader. The city attorney's legal opinion said the council could use a method of chance, such as a deck of cards, to break a tie and choose the next council president.

However, disagreement remained between staff, Superior's mayor and some councilors over whether there had been a tie or a failed vote.

The comments against the city's attorney sparked a move by city councilors to censure Van Sickle in a 6-4 vote at its most recent council meeting. But, Superior Mayor Jim Paine vetoed it. Paine said Van Sickle didn't break any rules.

"If we're just going to start bringing in our personal grievances or our political disagreements and start punishing each other for what we think and say, we will have dissolved into complete dysfunction," he said.

Paine said he disagreed with Van Sickle's actions, but added she felt strongly about the attorney's work. He said criticism is part of the job, but the council and staff need to be able to work together to build a respectful environment.

Brent Fennessey, who became council president by drawing the high card, agreed with the mayor. He said the dispute over choosing a council leader, Twitter comments and censure have been a distraction from city business.

"Hopefully, we can all put this behind us," said Fennessey. "We can all move forward with civility and respect and continue to do the things that we’ve been elected to do."

Both Paine and Fennessey said the City Council has still been able to work together to conduct city business despite a contentious meeting and personality conflicts.

Prell's attorney acknowledged that his client, being a public figure, has a higher burden of proof in a defamation case.

"But, it doesn't mean that a defamation case is not available to him," said Olson.

If he chooses to move forward, Olson said Prell has three years to file a lawsuit against Van Sickle.