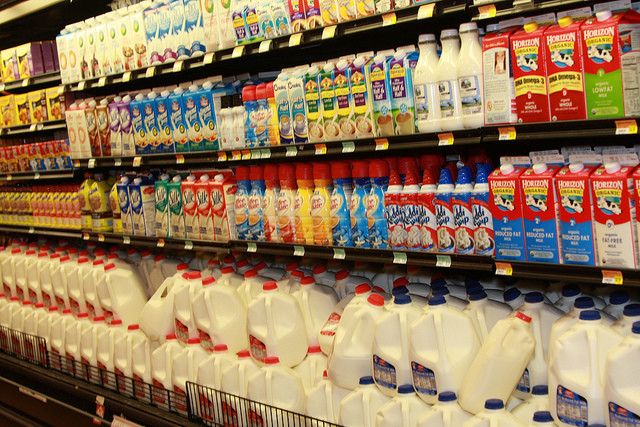 Wisconsin dairy producers might see improved prices as summer continues, thanks to forecasts of hot summer weather and increased demand.

Milk prices finally bottomed out in May at $14.50 per hundredweight, or 100 pounds of milk, nearly 14 percent lower than in 2015, according to experts.

"There's a high probability in the weeks ahead that we get hot and humid weather," said Dr. Robert Cropp, professor emeritus of agricultural economics at the University of Wisconsin-Madison. "Cows then are under more heat stress and milk production per cow drops."

Lower production could help reduce the current oversupply of milk that’s driving prices down, Cropp said. It’s happened before, most recently in the summer of 2011.

"I can remember here in Wisconsin where farmers were saying production per cow dropped 10 percent or something," Cropp said. "Whether that happens, I don't know, but weather can be a key factor in really what happens to milk prices."

Increased sales of butter and cheese across the U.S. has also helped strengthen dairy prices. Much of the demand appears to come from recent good publicity of some dairy products.

"(There are) new health reports showing that actually eating butter is better than margarine," Cropp said. "So we see companies like McDonald's switching from margarine to butter and that substantially increased the butter sales."

While domestic demand for dairy products is strong, international exports are not expected to pick up until later in 2017. Dairy experts are waiting to see how recent changes in the European Union (which supplies over 30 percent of the world dairy market) will impact producers in the U.S., Cropp said.

"It’s uncertain, but we think production will start slowing in the European Union," Cropp said. "That will reduce some of the world stocks and start increasing the world milk prices and help our exports."

Milk prices are sensitive and can be greatly impacted by small changes in supply and demand, Cropp said.