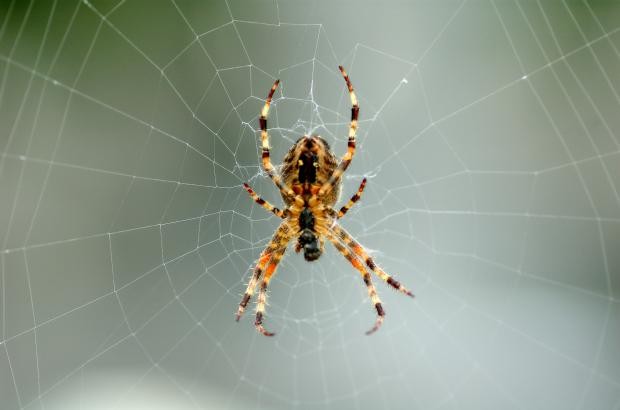 As Summer Ends, Some Of Wisconsin's Spiders Will Be Moving Indoors

The more-than 500 species of spiders living in Wisconsin are likely thriving thanks to favorable late-summer temperatures, according to a University of Wisconsin biologist — and much to the chagrin of arachnophobes, a subset of them are heading indoors as the weather cools.

According to Mike Draney, a University of Wisconsin-Green Bay natural sciences professor known on campus as "Spider Man," this August's warm and wet weather has probably been "conducive to the success of a lot of (spider) populations that we notice around our houses."

He said a lot of the web-spinning spiders people see in the corners of our garages or garden fences are referred to as "fall reproducers." After surviving the winter in silk-like egg sacks, the spiders emerge the size of a pinhead in the early warmth of spring. They then grow over the summer and reach adulthood by early fall and look to mate.

"All during the summer they are not only getting larger, but they're building their webs higher and higher up in the environment, until finally in September they are at high level and they're fairly large," Draney said.

The increase in size and higher-elevation webs mean that people may tend to more easily notice spiders in and around their house in the fall. In addition, Draney said that some spiders are prone to overwinter in buildings and houses, meaning they move indoors as the weather gets cooler.

That said, Delaney noted that most species don't actually overwinter indoors. What's more, many of the spiders people find in their homes don't actually want to be there — rather, they got trapped within a building while wandering around, and can't figure out how to get back outside.

Many people are put off when they encounter an eight-legged arthropod in their home, regardless of whether it's overwintering, lost, or a permanent indoor resident like a cellar spider. However, Draney said spiders become less scary once you learn more about them. For example, he said, most spiders are actually not capable of penetrating human skin, and of the few that can, most bites have no worse of an effect than a bee sting or mosquito bite.

Delaney added that conversely, the world can actually be a scarier place for spiders. "Every day that a spider wakes up, it has a reasonable chance of not making it through that day," he said. "They have a lot of different enemies that are trying to eat them or attack them."

Clarification: This story, including the headline, has been updated with language clarifying that only a subset of spiders in Wisconsin move indoors as the weather gets cooler.