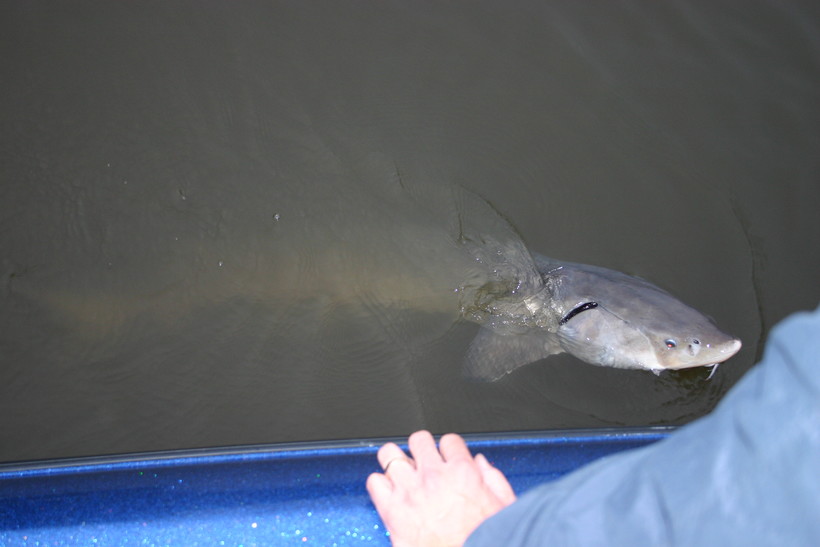 Last year, the giant prehistoric fish had swarmed the Wolf River well before the end of March. DNR sturgeon biologist Ryan Koenigs says water temperatures are still around 40 degrees in much of the Wolf River, and sturgeons typically do not spawn until the temperature reaches around 55 degrees. He says the late start could affect the survival rate of young fish.

"The danger or concern with the later spawning period would be that it just reduces the length of the growing season for these fish throughout their first summer. By having a shorter growing season, the fish might not be as large coming into their first winter, which is a critical time period for survival of fish."

Koenigs is hopeful that a warmer forecast for the coming days could have the fish spawning by early next week.

For now, the DNR has postponed 'sturgeon guard' shifts, when volunteers stand watch to prevent poachers from illegally taking the fish.