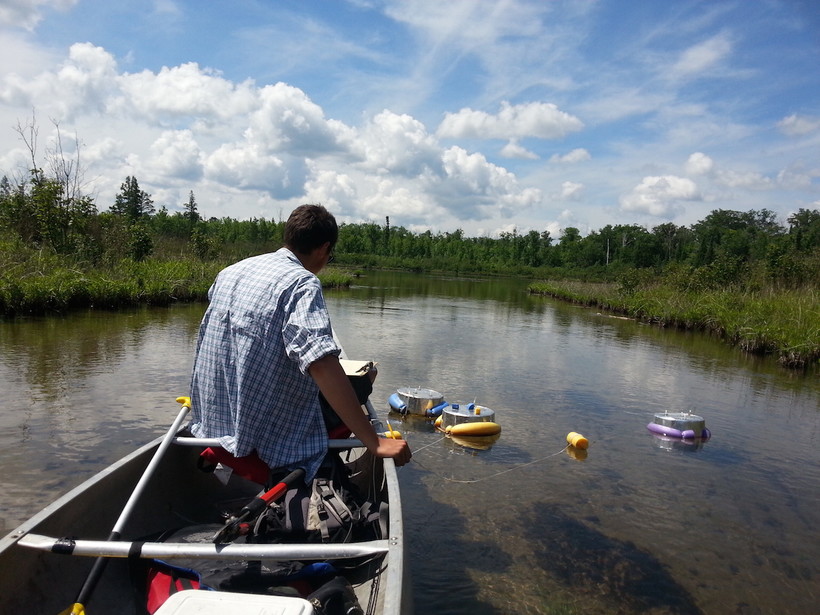 Nick Gubbins, an undergraduate student who has worked in the Stanley lab, takes methane flux measurements in the field.

An analysis of rivers and streams finds the waterways -- collectively -- are a bigger source of the greenhouse gas, methane, than previously estimated, according to a study led by a University of Wisconsin-Madison professor.

Methane often forms when bacteria break down organic matter in areas of low oxygen. A team led by UW-Madison Limnology Professor Emily Stanley looked at methane measurements in streams and rivers worldwide, using data from about 115 publications. Stanley said the amount of the heat-trapping gas is about 10 times more than scientists had judged. She said the problem might get worse with a warming planet.

"Then, you get more respiration, plant decomposition -- more processes like that," she said. "That results in more carbon dioxide and methane being released into the atmosphere and around and around we go."

Stanley said methane emissions tend to be higher from watersheds with a lot of agriculture, urban development or dams.

The methane study is published in the journal Ecological Monographs.