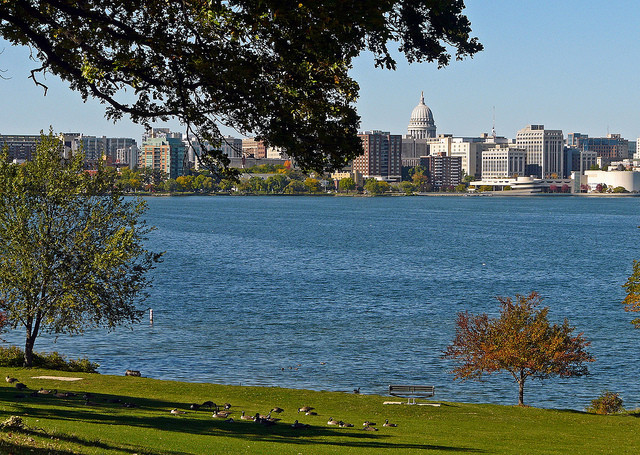 Study Names Madison The Most Socially Responsible City In U.S.

Madison gets a lot of kudos.

Twice, it made a list as one of the best places to live in a comparison of mid-sized cities. It's also been acknowledged for its abundance of information technology jobs. Now, it’s gotten another favorable assessment -- the most socially responsible city.

The Community Progress Index analyzed 100 of the "most populous" cities in the United States. The city ranked well for percentage of residents with health insurance, those with college degrees and low unemployment.

"You had the perfect score in municipal finance, bond rating which is a measure of fiscal responsibility, and make sure you don’t mortgage future generations," Angelou said.

Madison also does well on environmental responsibility: Only 63 percent of commuters drive to work alone and 16 percent bike or walk to work.

The city’s No. 1 ranking is a compilation of 52 measures in five different areas -- health, environmental responsibility, education, economic vitality and sustainability.

Madison did well overall, but didn't top any single category.

The data gathered in 2013 shows 10 percent of residents live in so-called 'food deserts' without a nearby grocery store, high school graduation rates are low and there’s a high prevalence of hate crimes.

Paul Jadin, president of Madison Region Economic Partnership, also called MadREP, notes the data is three years old and said there’s been improvements in business and job creation since then.

Companies don't have to be located in Madison for the city's economy to benefit, Jadin said.

MadREP data shows there are as many as 50,000 people a day traveling into Dane County to work, and 16,000 who drive outside the region to work.