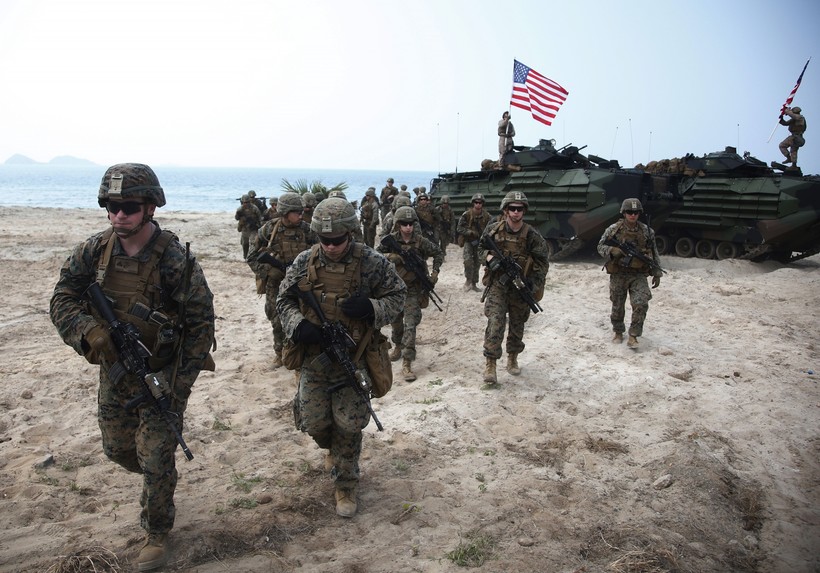 Among President Donald Trump's priorities since taking office has been a push to bolster the U.S. military with increased funding and recruitment. But how many young American adults are fit to serve?

According to a new report from the Heritage Foundation, not many.  The conservative-leaning think tank calculates 71 percent of Americans ages 17 to 24 aren’t eligible for service in the armed forces, even if they want to join.

"It really makes it hard to get the right number of people for our military," said Tom Spoehr, director of the Heritage Foundation’s Center for National Defense and a retired Army lieutenant general.

The largest impediment for today’s young people is health problems — specifically, obesity. Twenty-seven percent of young people in that age group aren’t eligible to join the military because of obesity, the report states, with another 37 percent ineligible due to other health problems such as asthma or joint problems.

"You don’t have to be a lean, mean fighting machine to enlist in the military. In fact, the military takes pride in the ability to transform people into the best version of themselves," Spoehr said. "But you, on the other hand, can’t be obese. Because one, there’s not enough time in the basic training process for a person to safely lose that amount of weight. And two, there’s a real danger that people could injure themselves if they start training really vigorously and they’re really overweight."

Obesity is a complex problem, but Spoehr said the military can have some role in solving it at the local level, emphasizing the benefits of long-term fitness not just for the military, but for all citizens.

"In nearly every community or big town, there’s a recruiting office where there are military recruiters," he said. "I think those people could play a larger role in their school and in their community."

He’s also hoping for more of a national discussion about the issue.

Other problems cited in the report include education and criminal background. The military requires a high school diploma for admission, with some allowance for equivalency. That requirement is what disqualifies about 25 percent of those 17-to 24-year-olds not eligible for the military.

And though Spoehr calls the military "forgiving" when it comes to minor criminal records, he said repeated assault, theft or drunk driving violations indicate an individual isn’t able to follow the rules, and therefore wouldn’t do well in the military.

Spoehr said that’s because the military needs people to fill complex positions, such as cybersecurity.

"The military of today is far different than the one we had in the Civil War, when all you had to do was be able to aim your rifle," he said.