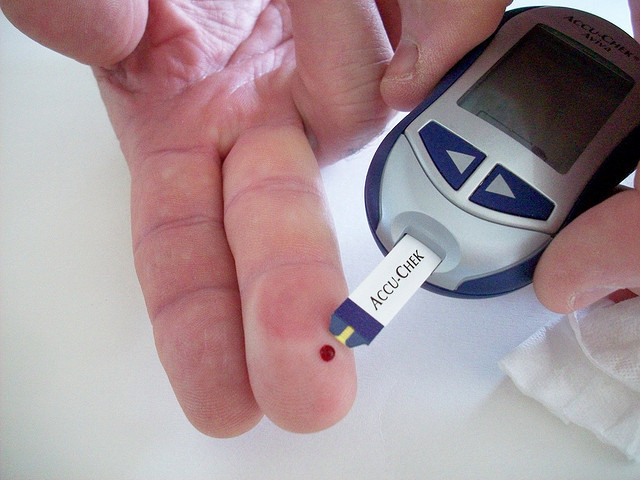 A new study shows Hmong residents in Wisconsin are about three times more likely to be diagnosed with Type 2 diabetes than white residents.

Dr. Kevin Thao studied patient records over a five-year period, and found that 11 percent of Hmong patients had diabetes, compared to nearly 6 percent of white people.

Thao's study, which was published in the Wisconsin Medical Journal, didn't examine why diabetes risk was higher among Hmong people, but he said there were few instances of diabetes before Hmong immigrants came to the U.S. He suggested that there could be some link to "the change in environment that the Hmong community has experienced — originally living in southeast Asia in the mountains of Laos, and now living in the United States in a very westernized, modernized world."

Thao said further research should explore the relationship of environmental change, genetics on development of diabetes in Wisconsin's Hmong population.