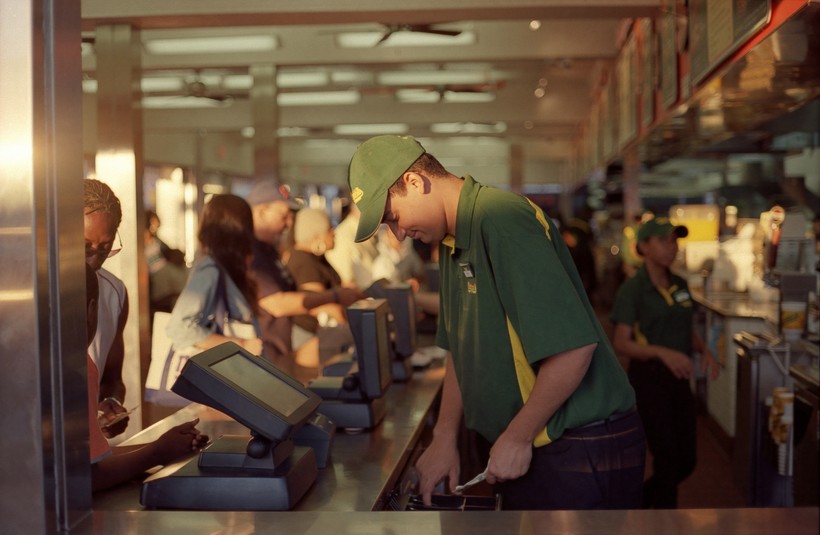 According to a new study, most poor Americans are working and take home below-poverty wages. Photo: David Tan (CC-BY-NC-ND)

Study Finds Most Of America's Poor Have Jobs

Author Says It's Time Americans Change How To Think About Poverty And Employment
By Scottie Lee Meyers
Share:

A common view among Americans today is that those living in poverty are poor because they don't have or won't go to jobs, preferring instead to live on public assistance. But new studies are showing a different picture: A substantial proportion of working adults take home below-poverty earnings and actually outnumber the non-working poor — a group made up mostly of senior citizens and children.

"Before when we thought about poverty we thought about people who lacked employment,” said Scott Sanders, professor of sociology at Brigham Young University and coauthor of a recent report on America's working poor.  "If we could just get them a job and working then they would be able to provide for their needs. But what we were able to show is that of the 46 million Americans in poverty right now, about 24 million of them are working and still in poverty."

Sanders said the results indicate that it’s time to seriously reconsider a number of assumptions about poverty and employment. Although debates over the minimum wage are often polarizing, he said there’s a compelling reason to increase the federal minimum wage considering that so many Americans are playing by the rules and still unable to escape poverty.

"When we think about the American poor we hear things about people living off the system, that it’s easier to take a check from the government than to work, or we think about panhandlers," Sander said. "But the reality of what American poor is today, a more accurate picture is probably someone who is taking your order at a fast-food restaurant or helping you check out at a grocery store."

While there’s a lot of research dedicated to poverty, Sanders said few studies actually look at the working poor because it can be difficult to define. His study looked to narrow it down by measuring more than 120 variables, including an examination hours worked, household income, various thresholds of poverty and regional cost-of-living differences.

"This paper was there to help try to get people to rally around one idea of working poverty, and therefore move forward to find real solutions to help millions of Americans who are working but not making their needs," he said.