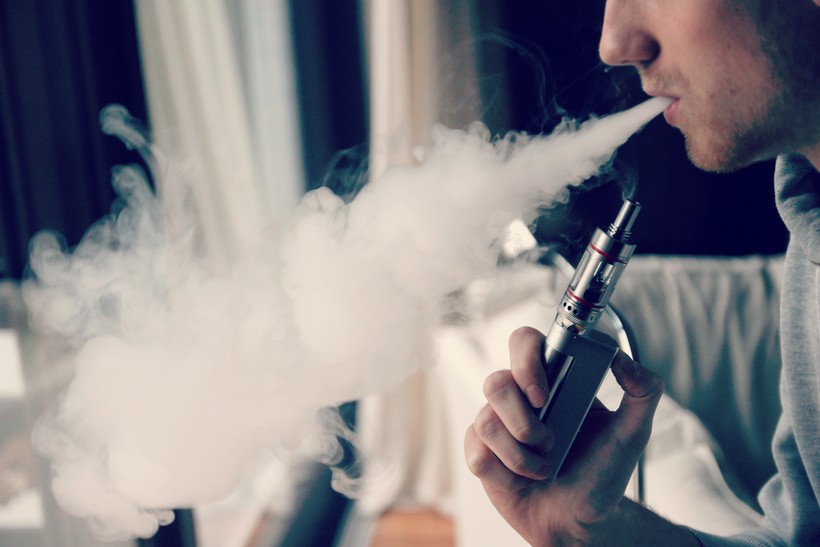 A new study published this week indicates that there's a link between e-cigarette advertisements and use among middle and high school students.

While traditional cigarette smoking has been on the decline in recent years, the use of electronic cigarettes, or e-cigarettes, has skyrocketed among young people. According to new data from the Centers for Disease Control and Prevention, about 16 percent of high school students reported using e-cigarette devices in 2015, up from 1.5 percent in 2011. In just four years, the rate of e-cigarette use among high schoolers increased tenfold.

Analysis of the data found that if middle school children said they routinely viewed e-cigarette ads online, they were almost three times more likely to use the devices than their peers who never saw ads. Another study found that nearly 70 percent of adolescents were exposed to e-cigarette ads in 2014 — mostly in retail stores, but also online and on TV.

Doug Jorenby is the director of clinical services for the University of Wisconsin Center for Tobacco Research and Intervention. He said the study clearly shows e-cigarette advertisements are driving use.

"These devices are being marketed to younger people," he said. "They are not banned from television advertising the way traditional cigarettes have been since the '70s."

Beyond the ads, Jorenby pointed to other factors that are leading youth to "vaping." Through "e-juice" cartridges, e-cigarettes can offer nearly an infinite number of flavors, from popular candy brands and cereal to custom-made flavors.

"That certainly seems to have more appeal to younger people than, say, someone in their 50s or 60s who has been smoking Lucky Strikes since they were a teenager," said Jorenby.

Jorenby said another factor is that vaping is perceived as being safe or safer compared to traditional cigarettes, even though most e-cigarette cartridges contain some nicotine.

"Compared to a traditional cigarette, it seemed like it should be an amazing bit of harm reduction. Unfortunately, as the last few years have gone by and people have started to look at these with a little bit more scrutiny, there have been a number of concerns that have surfaced," said Jorenby, adding that research into the potential health risks of the devices are still ongoing.

Jorenby said there has been some research that shows that vaping can contribute to a serious pulmonary condition commonly known as "popcorn lung," an irreversible condition in which air sacs inside the lungs become scarred.