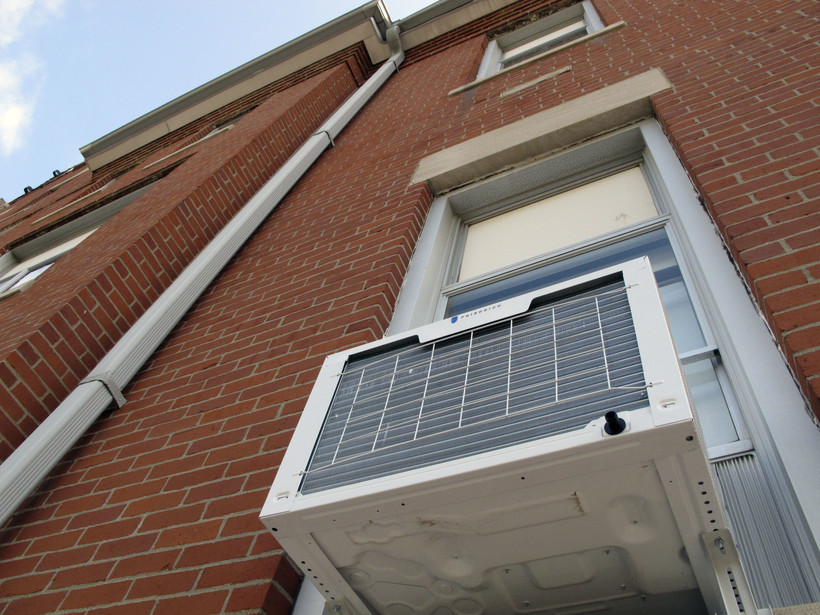 Study Explores How Much Pollution Your Air Conditioner Produces

UW-Madison Professor Explores What Happens When You Switch On The AC
By Colleen Leahy
Share:

Scientists have known for a long time that air pollution is worse on hot days. For example, ozone pollution levels are higher on the hottest days of the year.

Ozone is a natural gas that forms a protective layer around the Earth and absorbs harmful ultraviolet rays from the sun. But ground-level ozone, also known as smog, is dangerous to humans and the environment.

"We know that we have the highest levels of ground-level ozone, or smog, on the hottest summer days. And there’s this big question of what exactly is causing that, because ozone is not directly emitted, it cooks up in the atmosphere," said Tracey Holloway, a professor in the University of Wisconsin-Madison's Nelson Institute for Environmental Studies and the Department of Atmospheric and Oceanic Sciences.

Holloway led a study looking at a piece of the puzzle that previously hadn’t been extensively studied: how much does air conditioning contribute to increased levels of ozone on the hottest days of the year?

In Wisconsin specifically, Holloway and other researchers found that for every increase in degrees Celsius (about 2 degrees Fahrenheit), there’s a 3.5 percent increase in electricity generation — basically on par with the rest of the United States — and increased air pollution, Holloway said.

One reason increased use of air conditioning causes more pollution is that the higher electricity demand on the hottest days sometimes forces states to use their older power plants, which use dirtier fuels and fewer emission controls, she said.

One surprising finding from Holloway’s study is states with the lowest overall emissions, the impact of air conditioning on pollution is more severe.

The specific air pollutants when it comes to ozone are nitrogen oxides. Increased levels of nitrous oxides are linked with myriad health problems, from eye irritation to heart disease, Holloway said.

"The good news is, this is something within our control. Many of the reasons that ozone is high on hot summer days are outside of our control," She said. "We can’t change the chemistry of the atmosphere, we can’t change what trees are doing. But we can look to be getting some of our peak electricity from cleaner sources."

That means more solar energy — which tends to perform best on the hottest days, since there tends to be more sunlight —and turning away from using less efficient, older power plants, she said.

Wisconsin's September COVID-19 Spike 'Couldn't Have Come At A Worse Time'
As Kyle Rittenhouse Fights Homicide Charges, Some Conservatives Portray Him As Hero
Some People Are Considering Trading City Life For Rural Wisconsin Due To COVID-19 Pandemic
Milwaukee On Pace To Break Homicide Record
Evers Calls On Public To Avoid Gatherings As Wisconsin's COVID-19 Cases Continue To Rise